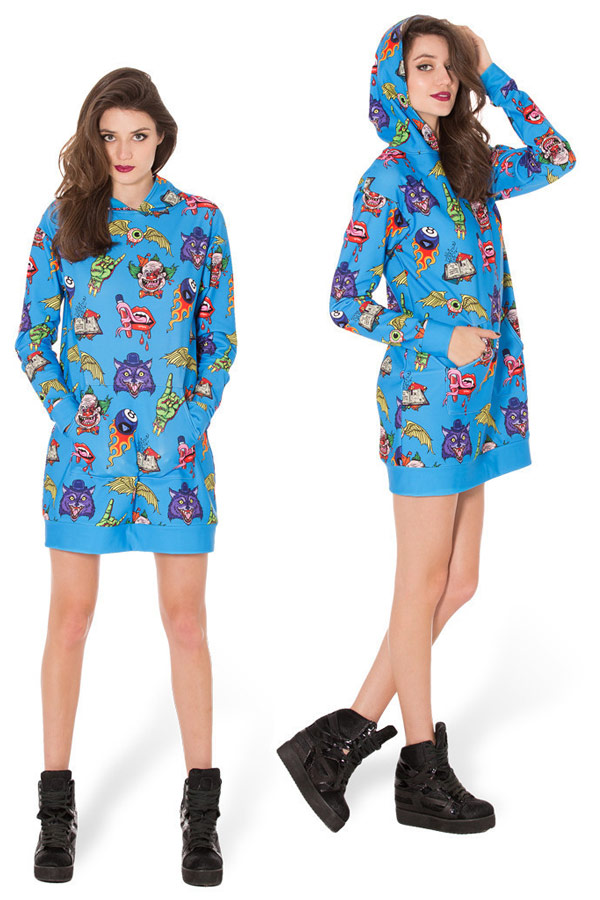 Like scary monsters that aren’t really scary? The Creepture Feature Slouchy lets you get all bundled up with some monsters that probably won’t be the cause of any nightmares.

This slouchy (basically a big, comfy, pullover hoodie) features a wide variety of creeptastic creatures to keep you company while you binge-watch horror movies. The cast of characters includes a derby-wearing werewolf, a vampire mouth with a tongue wrapped around a vial of blood, an eyeball with wings, a killer clown, and a… flaming magic eight ball? 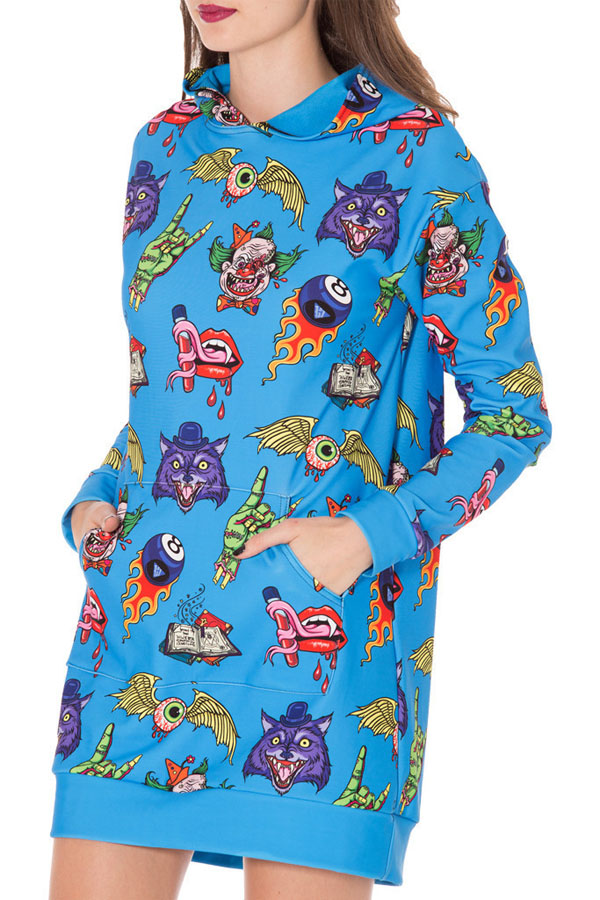 The Creepture Feature Slouchy is available for $145 at Black Milk.

We’re well into flip-flops season now, but certain types of cold flooring can have your bare feet scrambling for the nearest oasis of carpet. If you want your feet to be cozy warm like the furry feet of a werewolf’s, then you need to slip on a pair of Werewolf […]

Getting hurt sucks, but now those scrapes, scratches, and boo-boo’s have a light at the end of the tunnel because these cool-looking Eyeball Bandages will add a little laughter to the pain. While these bandages are the real deal, you don’t necessarily have to wait […]

Get ready to rock out with your wolf out when you wear the Rock Werewolf T-Shirt. You feel it when the light of the moon touches your skin. Heck, you don’t even need a moon sometimes because day becoming night is enough all on it’s […]