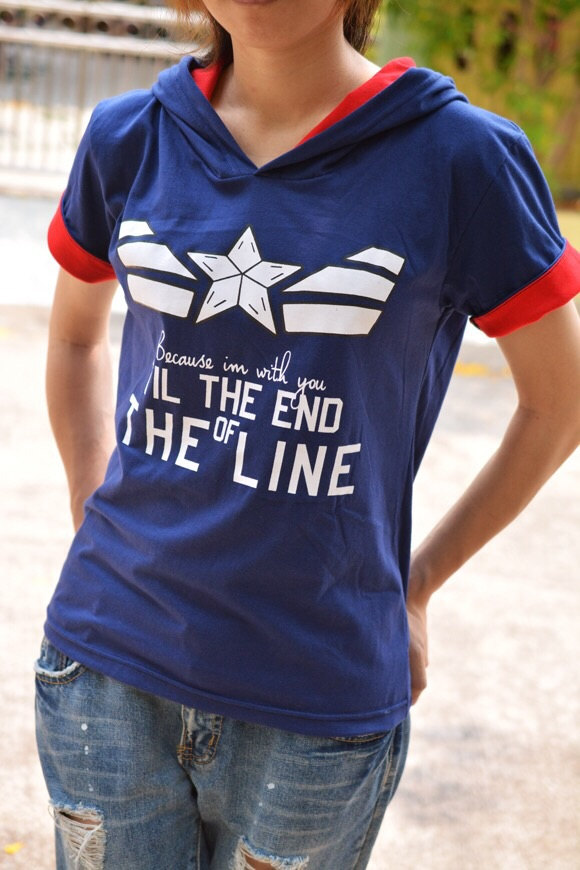 The Captain America and Bucky T-Shirt Hoodie lets you wear all the First Avenger and Winter Soldier feels you can possibly handle.

Remember way back before the days of super-heroes when Bucky Barnes told Steve Rogers that he’d be with him ’til the end of the line? Of course you do because it was in a handy little flashback. Did anyone else get something in their eye when Captain America told the Winter Soldier the same thing decades later? It was an incredibly touchy-feely moment, especially since most of the touchy-feely was happening between brain-washed Bucky’s fists and Captain America’s face.

That iconic line, along with Cap’s stealth suit logo, makes this a must-have for fans of Marvel’s timeless bromance. 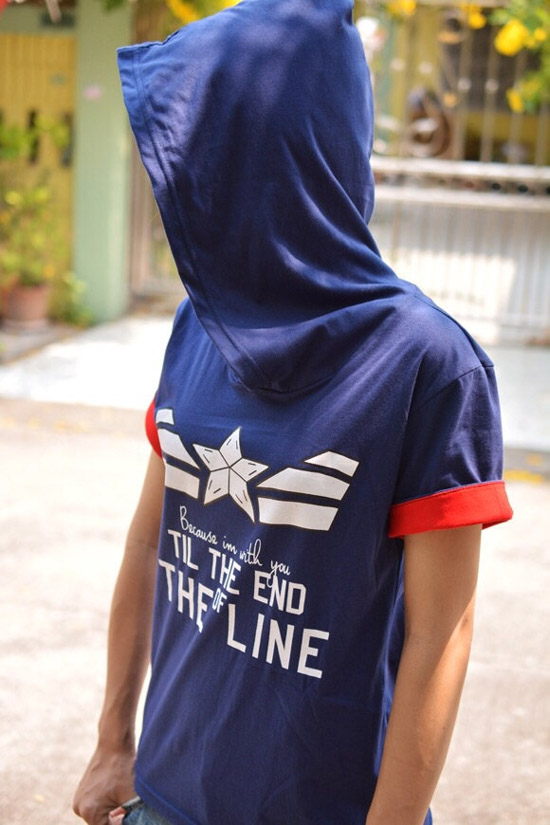 The Captain America and Bucky T-Shirt Hoodie is available starting from $32 at kusuriurisan’s Etsy store.

Get ready to fight for truth, justice, and the American way, Pop! Vinyl style, with the Captain America 2 The Winter Soldier Pop! Heroes Vinyl Figures. The shield-slinging first Avenger is back in action, not looking as much like a US flag as he used […]

Dry off and wipe your hands like a true patriot with this awesome Captain America Winter Soldier 3-Piece Towel Set. They come in handy after a long freeze. This set includes 1 Bath, hand, and face towel. They all sport Captain America’s colors and would […]

Looking like a walking U.S. flag can make it hard to be sneaky, which is why the Captain America: The Winter Soldier Captain America Stealth 1:4 Scale Statue shows Cap wearing a toned-down, stealth version of his iconic outfit. Forget about the eye-catching red and […]