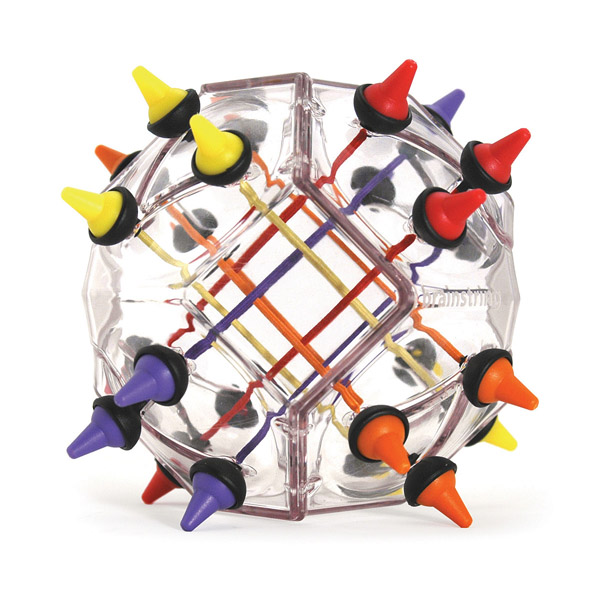 If the cube created by that strange guy named Rubik made you want to gnaw off your arms in frustration then you’ll definitely want to leave this bad boy alone because Brainstrings is almost sure to get you all tied up in knots.

Look at it. It looks so innocent just sitting there. After all, it’s nothing but a clear plastic sphere with little colored buttons on it that are connected by bright, cheery elastic bands, right? Don’t believe it for a second because this thing is evil. The supposed simplicity of sliding the buttons through the slots in the sphere until all the colors are grouped together will lead you down the path to madness. It’s marketed as a brain-teasing puzzle that’s good for both adults and older children, but it’s actually a torture device in disguise.

Don’t believe me? You can try Brainstrings from Uncommon Goods for yourself for $17, but don’t say I didn’t warn you.

The marshmallow has so much going for it that it belongs in its own category. No other candy has the exact properties as marshmallows. I’d say maybe the Turkish Delight comes dangerously close, but no cigar. Marshmallows are soft, light, fluffy, chewy, heavenly sweet, taste good burnt and melted, and they’re still […]

The Gear Ball Puzzle Sphere is a puzzle cube that has been pumped up into a sphere, and then they added gears. This will be a fun challenge. Turn it and watch the gears rotate and the colors will get all messed up. Can you […]