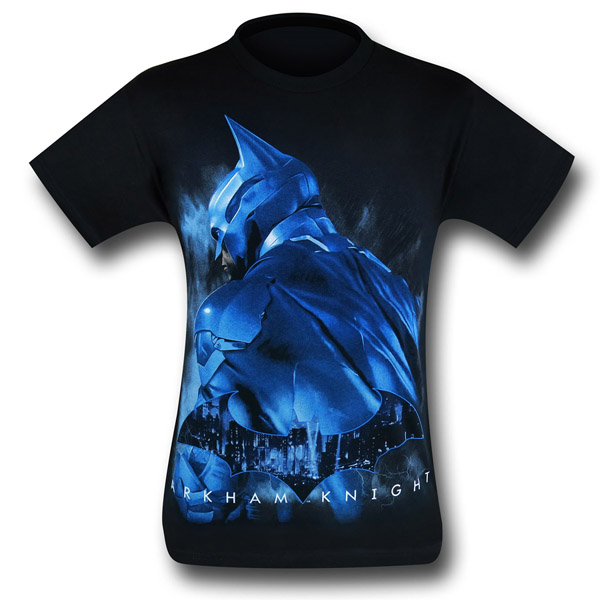 The Dark Knight is looking a little blue on the Batman Arkham Knight Dark Storm T-Shirt, and I’m loving it.

It seems like black became the new status quo ever since Michael Keaton first put on the Batman suit. That’s cool but let’s not forget Batman wore blue and grey for a long time in the comic books before grim and gritty became the name of the game. This black tee features a wicked-looking armored Batman giving a shout-out to those classic colors… while still looking grim, gritty, and awesome. The scene also features a view of Gotham City within the Arkham Knight bat logo.