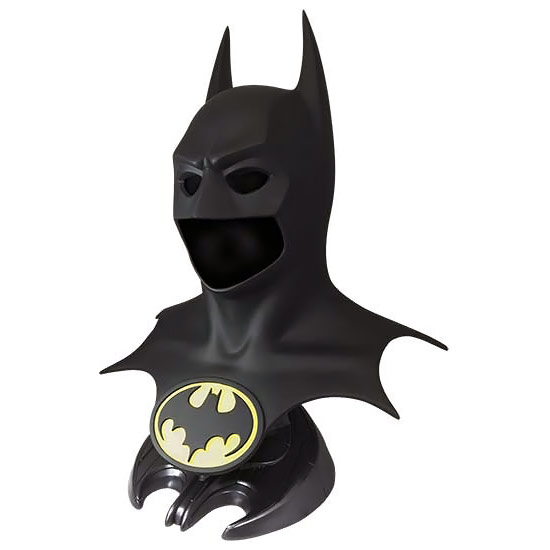 The Dark Knight was looking pretty tough in his latest trio of movies but the Batman 1989 Movie Cowl Prop Replica reminds us of a different Batman; a Batman that was first in proving the Caped Crusader still had what it took to bring in an audience.

Way back in the late 80s, a lot of people remembered (not fondly) the 1960s TV show when a Batman film was mentioned, and things didn’t look any better when we found out Michael Keaton (Mr. Mom., Beetlejuice) was set to be the grim vigilante of Gotham City. But it worked. Big time.

This 1:1 scale, life-size prop replica, measuring 20-inches tall, is a highly-detailed reproduction of the cowl worn by Michael Keaton as Batman, and it comes with a Batman-themed display stand. Unfortunately, it’s for display only, so don’t get any ideas about slipping it on and running off to fight crime.

The Batman 1989 Movie Cowl Prop Replica is a limited edition item with only 500 pieces being made, and only 100 of those will be available in the US. It will be available June 2014 but it can be pre-ordered now for $599.99 at Entertainment Earth.