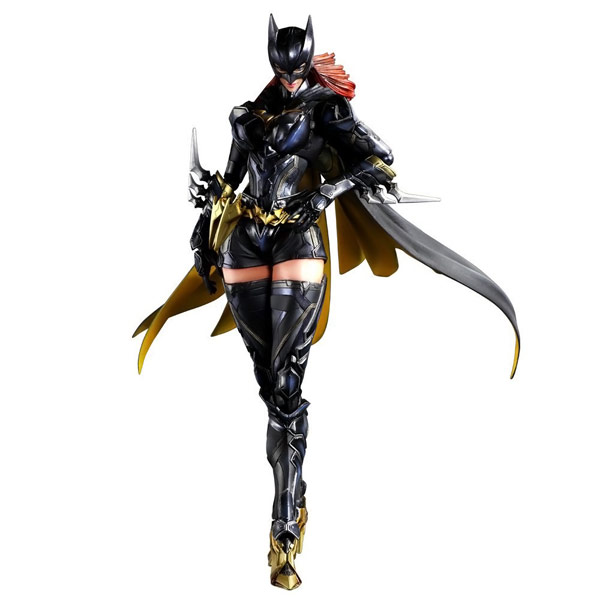 Barbara Gordon is stepping up her game and the Batgirl DC Comics Variant Collectible Figure reveals a crime-fighter capable of taking on Batman, Robin, and the Gotham City police force all at once.

This 10.4-inch-tall variant version of Batgirl shows that it’s possible to look sexy and deadly at the same time, although the hint of thigh does sort of defeat the purpose of having the rest of the body covered in armor. Maybe the peek at skin is meant to act as a distraction?

In addition to the lethal-looking spikes on her gauntlets, the redhead vigilante also comes equipped with three different hands, a Batarang, and a Japanese knife called a Kunai that’s used by ninjas.

The Batgirl DC Comics Variant Collectible Figure will be available January 2014 but can be pre-ordered now for $79.99 at Sideshow Collectibles and Entertainment Earth.

Also at Amazon.com and Amazon.co.jp.