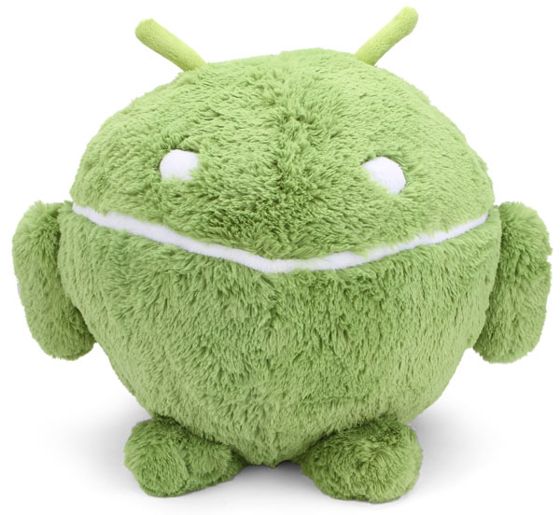 Now doesn’t that look just adorable, not to mention huge? The Android Squishables Plush Toy is the perfect companion for anyone who loves Android and for every kid in the world who’s still very much in the plush toy stage of life. If you thought the My First Bacon Talking Plush Toy wouldn’t leave a very good impression on your young child, then maybe you’d like to consider this instead. It won’t influence your kid as to what to eat, but it will certainly make him or her go for Android-powered smartphones in the future instead of flipping over to iOS.

The Android Squishables come in two sizes: 7 inches for kids so they won’t get flatted by this thing when they give it a hug, and 15 inches for the bigger kids and “young” adults who want something with more meat that they can hold on to. 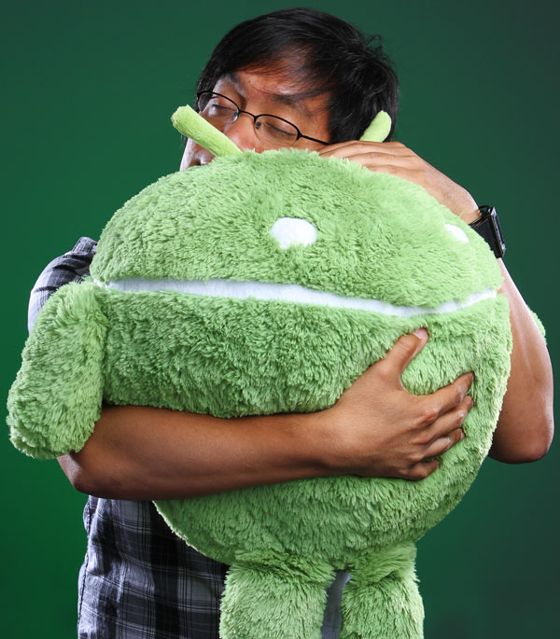 Get to hugging the Android Squishables Plush Toys available from ThinkGeek. It’s $19.99 for the smaller version and $39.99 for the 15-inch Android toy.

Do you have such an intense love for the Android? If you’ve already got the oh-so-huggable Android Squishables Plush Toys lying around on your sofa at home and wished that there was some way you can take a bit of that Android lovin’ with you […]

With so many cool plush toys out there to choose from (like the 12″ Minifigure Lego Plush, the Domo Mustache Plush, and the Scott Pilgrim Plush), sometimes you just have to be different and give your child this Tub of 3 Salmonella Plush Toys.

If you love texting on your Android device but hate the brutal workout your thumbs receive, the NFC Android Wireless Keyboard lets you combine typing on a keyboard with texting on your phone. NFC, which stands for Near Field Communications, is a contactless, WiFi-like technology […]

This is Fine Plush Toy

The This is Fine Plush Toy brings a popular meme to cuddly life. You’ve probably seen the ‘This is fine’ meme that features a very calm dog sipping coffee as his world goes up in flames. It’s cute. It’s classic. It took the Internet by […]

Adventure Time is a show that is generally funny, sometimes cute, and usually a bit strange.  Read: the arms on the Jake plush look like four over-cooked Ramen noodles.  Geeks everywhere will be clawing their way towards these awesome Adventure Time Plush Toys, which would […]