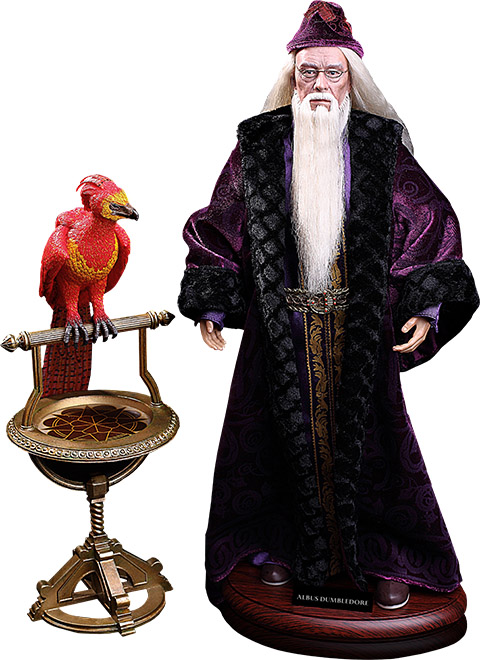 You’ll be waving your wand and saying Accio, Albus Dumbledore Deluxe Sixth-Scale Figure because you don’t need a sorting hat to know this goody needs to be in your Harry Potter collection.

Based on Richard Harris’ portrayal of the wise Hogwarts headmaster in Harry Potter and the Sorcerer’s Stone, the figure stands 12.20-inches-tall and comes with magical accessories like the sword of Godric Gryffindor, the Elder Wand, and Fawkes the Phoenix.

The Albus Dumbledore Deluxe Sixth-Scale Figure will be available Apr 2016 – May 2016 but it can be pre-ordered now for $245.99 at Sideshow Collectibles.

You’re an action figure, Harry. Fans of the Boy Who Lived will want to try their own summoning spell when they see the Harry Potter Sixth-Scale Figure. Based on the character as he appeared in Harry Potter and the Sorcerer’s Stone, the 10-inch-tall figure comes […]