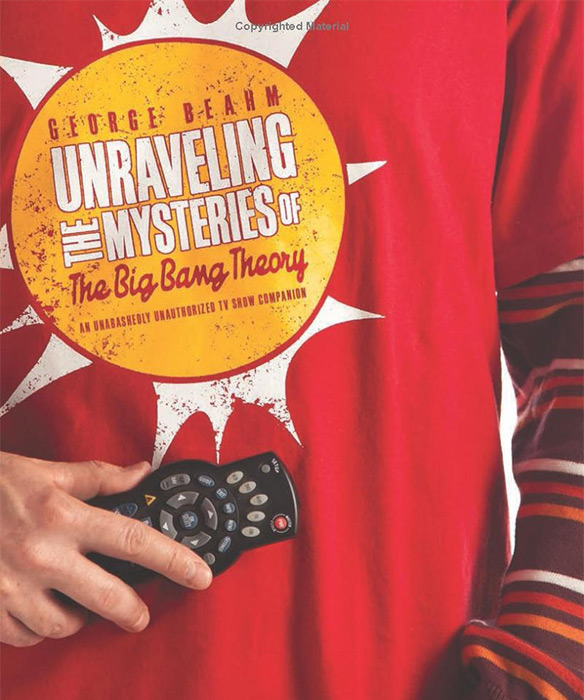 If you’re a huge fan of the TV series “The Big Bang Theory,” chances are you are waiting impatiently for the next new episode. To hold you over until the next new episode on January 12, 2012, you need to get the Unraveling the Mysteries of The Big Bang Theory Book. This book takes you behind the scenes with detailed profiles of the creators, actors, and characters from the TV show.

Besides for the photo-illustrated breakdown of the Sheldonian universe, the most interesting part of this book is the information on the original unaired pilot episode and how it changed in the reboot.

Unraveling the Mysteries of The Big Bang Theory: An Unabashedly Unauthorized TV Show Companion is a quantum leap beyond the typical TV show guidebook. Exploring every nook and cranny of the Big Bang Theory universe, it provides a wealth of information about our favorite television show:

Purchase the book Unraveling the Mysteries of The Big Bang Theory from $9.08 at Amazon.com. Also available from $9.64 from Barnes & Noble.

Only the few, the proud get into (and work at) Caltech. But that doesn’t mean you can’t wear this handsome Big Bang Theory Caltech T-Shirt as either a fan of the show or the institution. Surely, the alumnus wouldn’t mind. If you think about it, it’s […]