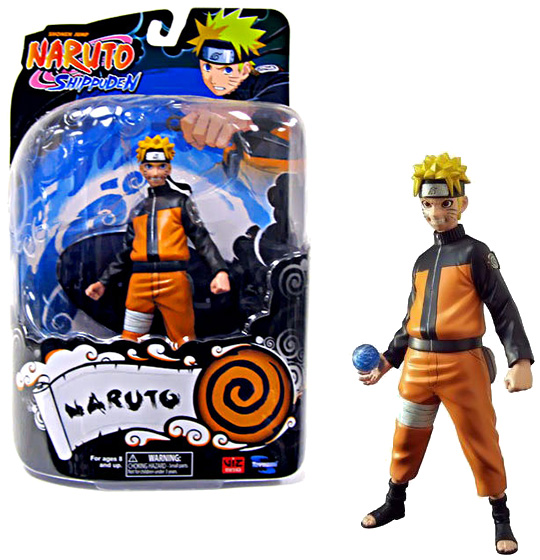 Can’t get enough of action figures? Then I’m sure you’ve already seen the Jango Fett Jett Pack Figure and Dr. Who Action Figure Set; but what about this Toynami Naruto Shippuden 6 Inch Series 1 Action Figure of Naruto? With Anime all the rage in Japan, the USA and around the world, why settle for just watching when you can have hands on interaction.  Naruto Shippuden is one of the most successful anime series in Japan and the Toynami Naruto Shippuden 6 Inch Series 1 Action Figure of Naruto is a favorite of everyone.  Will Naruto be able to save Sasuke from his evil path? Will Sasuke destroy the Hidden Leaf Village?  These questions won’t be answered for months, but you can enjoy the action now!

Toynami Naruto Shippuden 6 Inch Series 1 Action Figure Naruto is available at Amazon.com from $15.99 and they are going fast!

Don’t forget to check out the other top action characters: Sasuke, Itachi, Gaara and Deidara also available at Amazon.com

If you are into Anime, then you are probably a fan of Naruto Shippuden.  Naruto has been trying to save his friend Sasuke from Madara and bring him back to the Leaf Village for quite some time now. With the 4th Great Ninja War waging […]

Fans of Naruto will be able to enjoy an ice cold drink in a whole new way with this Naruto Shippuden Sasuke and Itachi Silicone Mold. The ninja brothers from the manga series and TV show Naruto: Shippuden can now chill your drink. You can […]

Good News Everyone! You might not have made it to San Diego Comic Con 2011, but you can still get the 2011 SDCC Exclusive Toynami Futurama Robot Devil Plush. Nicely detailed and colorful, you may be tempted to swap hands with this large 12″ plush […]

Grab some popcorn and settle in for a wild ride. This Marvel Anime Boxset will have you busy for a while. It is an awesome collection of the anime series based on the Marvel Comics characters. This set is packed with the action you would […]