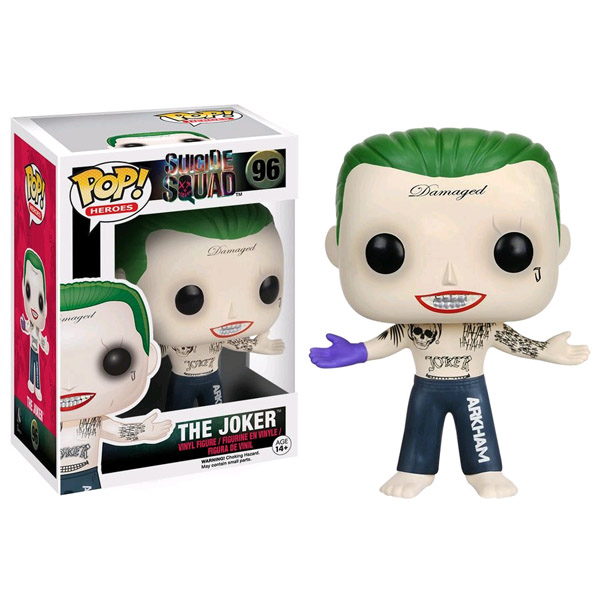 Ready to die laughing? The Suicide Squad Shirtless Joker Pop! Vinyl Figure has a few jokes that will literally kill you.

Not everyone is thrilled with Jared Leto’s vision of the Joker in Suicide Squad but even his haters have to admit that he makes a fierce Pop! Vinyl figure.

Standing about 3 3/4-inches tall, a shirtless Joker shows off his many maniacal tattoos, with one question weighing heavily on the minds of everyone – exactly what does he plan on doing with that gloved hand?

The Suicide Squad Shirtless Joker Pop! Vinyl Figure will be available July 2016 but it can be pre-ordered now for $10.99 at Entertainment Earth.

You have the deadliest sense of humor around and the most eye-catching emerald hair that anyone has ever seen, which means the Suicide Squad The Joker HAHA Guys Jacket was made for you. Let your inner Clown Prince of Crime free with this 97% cotton/3% […]