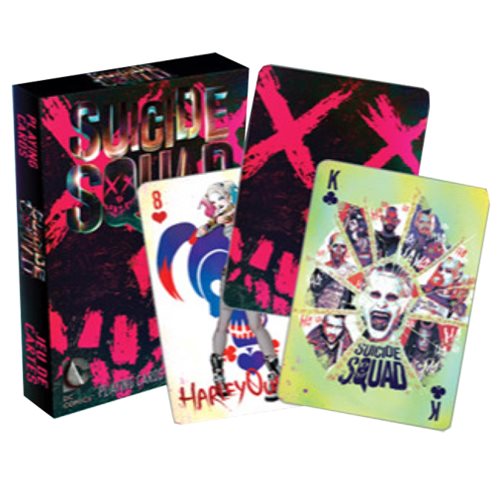 These Suicide Squad Playing Cards will let you play your favorite card games with a team of villains. Or are they heroes? Yeah, villains.

They feature some really cool artwork based on the hit movie. These playing cards are perfect for any fan of the DC Comic’s band of misfits! This official deck of Suicide Squad playing cards has 52 unique images from the 2016 film. It is a beautiful deck.

Only $5.99 from Entertainment Earth. You can pre-order it now for August.