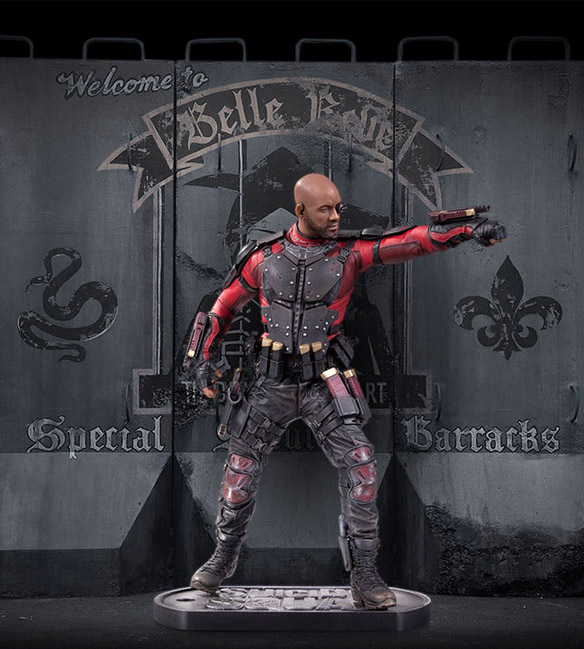 While some fans will probably be upset that this 12-inch-tall statue doesn’t feature Deadshot’s white mask with the built-in targeting device, it has to be understood that in Hollywood, one does not hire Will Smith and then cover his face. However, he does wear the mask in the Suicide Squad movie so it would’ve been nice to at least have an interchangeable head to allow displaying with either look.

The Suicide Squad Deadshot Statue will be available July 2016 but it can be pre-ordered now for $119.99 at Entertainment Earth.

This Suicide Squad Deadshot Bandai SH Figuarts Action Figure never misses, just like Deadshot himself. It was created using top of the line digital print technology, to give you a dead ringer of Will Smith as Deadshot. It has a bunch of minute details, right […]