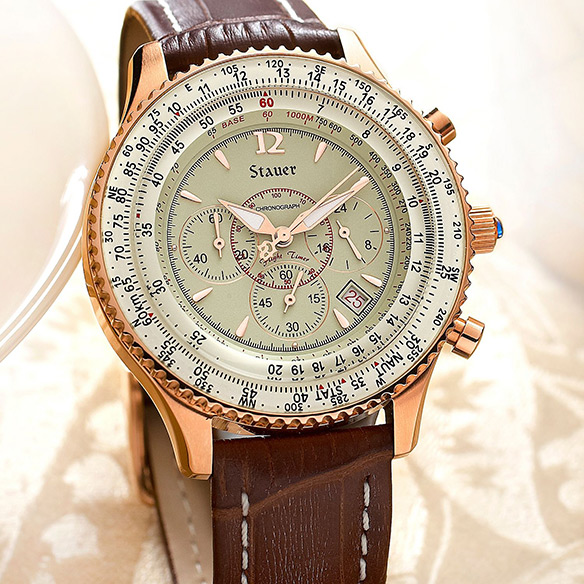 November 11 is Armistice Day, celebrating the end of World War I. It is also known as Remembrance Day, and in America, this date is now celebrated as Veterans Day, where all military veterans are honored. This makes today an ideal day to introduce the new Stauer Flyboy 1916 Watch, which is designed to pay tribute to early aviator’s timepieces used by American, British, and French pilots during WWI.

This Stauer Flyboy 1916 Watch features a genuine leather band, chronograph, three tachymeters, moveable bezel, goldtone markers and hands, water resistance to 10 ATM, and a Cabachon crown. It is a limited edition of only 1,916 pieces, so don’t wait for it to sell out. 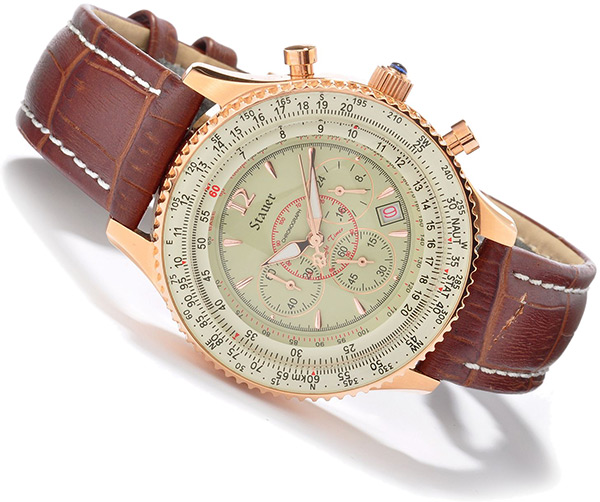 Our designers felt compelled to pay tribute to these pioneering pilots with an updated version of an early cockpit classic. To honor these adventurers of New Haven, we went back to our own history books and studied the early aviator’s timepieces. The Stauer Flyboy 1916 is fused in rose gold and has three tachymeters and a moveable bezel to measure speed and ascent. The chronograph function allows you to measure elapsed time and stop on a dime. The interior complications measure elapsed minutes and hours as well as display a military 24-hour clock. 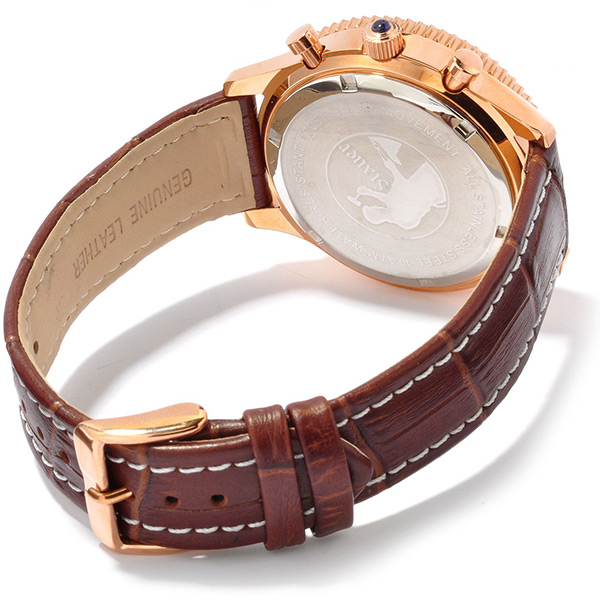 This stylish chronograph is designed to allow amateur astronomers to “plan for the best viewing conditions for observations”. It tracks the phases of the moon, moonrise, moonset, sunrise, sunset, and more.

We love cool watches here at GeekAlerts. While the crazy Japanese LED Watches are a lot of fun, my personal favorites are the complex analog watches like the Devon Tread Watch and Diesel SBA Watch. So this new Oakley Minute Machine Unobtainium Strap Watch fits my […]

The Nixon Unit SW Watch – Rebel Pilot Orange has yellow crystal inspired by the Rebel pilots’ blast shields. The back is engraved with a Rebel pilot helmet and the words “Stay on Target”. Always good advice. It features 12 or 24 hour time of […]

There are many LED watches out there, such as the Crazy Hour Watch, Sauron Watch, Cryogen Watch, and Light Speed Watch. This Blue LED Digital Watch is different than most in that it features a leather band instead of using rubber, plastic or metal. It […]

It might not help put the world in your hands, but the WN-2 Earth Watch does a great job of putting the world on your wrist; and it even lets you know what time it is on other parts of the globe. You might forget […]