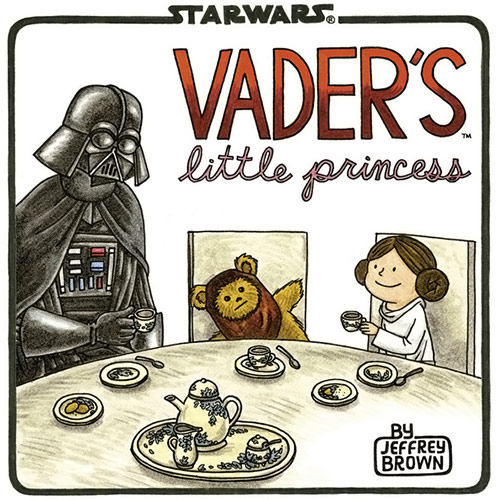 Last year’s Darth Vader and Son book was a huge hit, so a followup was natural.  It has now arrived in this new Star Wars: Vader’s Little Princess Book.  This hilarious book, by author Jeffrey Brown, depicts comics showing the funny struggles the Dark Lord goes through in trying to raise the rebellious Princess Leia. Yes, raising a daughter can be even more challenging than leading the Galactic Empire. Father’s Day is coming soon, and this would make a great gift idea for any dad. 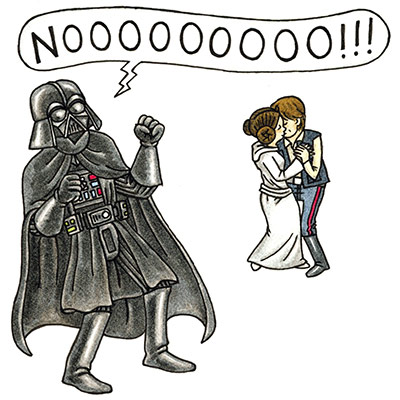 In this irresistibly funny follow-up to the breakout bestseller Darth Vader and Son, Vader—Sith Lord and leader of the Galactic Empire—now faces the trials, joys, and mood swings of raising his daughter Leia as she grows from a sweet little girl into a rebellious teenager. Smart and funny illustrations by artist Jeffrey Brown give classic Star Wars moments a twist by bringing these iconic family relations together under one roof. From tea parties to teaching Leia how to fly a TIE fighter, regulating the time she spends talking with friends via R2-D2’s hologram, and making sure Leia doesn’t leave the house wearing only the a skirted metal bikini, Vader’s parenting skills are put hilariously to the test.

Star Wars: Vader’s Little Princess Book is available for $8.58 at Amazon.com.  It is also available at Neatoshop and ThinkGeek.

A long time ago, in a galaxy far, far away, the Dark Lord of the Sith tried to get his two kids to go to bed by reading them a bedtime story. The Goodnight Darth Vader HC Book shows that author Jeffrey Brown is at […]