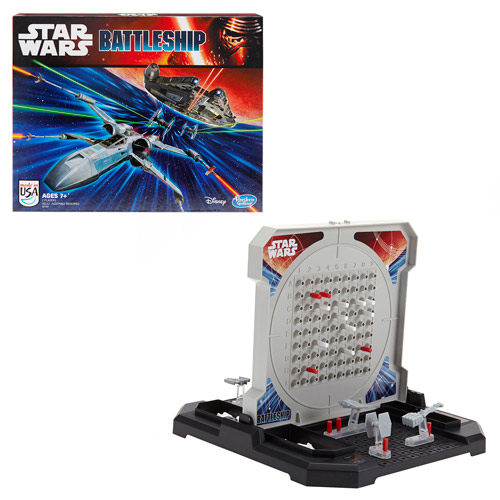 Forget sea battles. Space battles in far-away galaxies are where it’s at. Destroyers, fighters, and more are all taking aim for victory in this game. Who will win? The rebels or the empire? It’s up to you. This game makes a great gift for Star Wars fans of all ages.

Only $22.99 from Entertainment Earth. Also at Kohls.com, Toys R Us, Kmart.com and Amazon.com.

If you prefer the sea rather than the roads, maybe this USB hub that looks like a battleship is a good alternative to the semi-trailer truck model that we wrote about last week.

How do you take the classic game of Battleship and make it even better? You are about to find out with the Battleship U-Build Game. It’s the same old game with a clever new twist. You get to build it! and it comes with tons […]

You sank my battleship! This was always a classic game, even when I was a kid. Now it has been updated for the 21st century in honor of the new Battleship movie. The Classic Battleship Movie Edition is a great way to experience the game […]

Now is your chance to play the card game, based on the movie, that was based on a classic toy. The Battleship Movie Edition Card Game aims to capture the look and feel of the “You sank my battleship” movie. This card game lets you […]