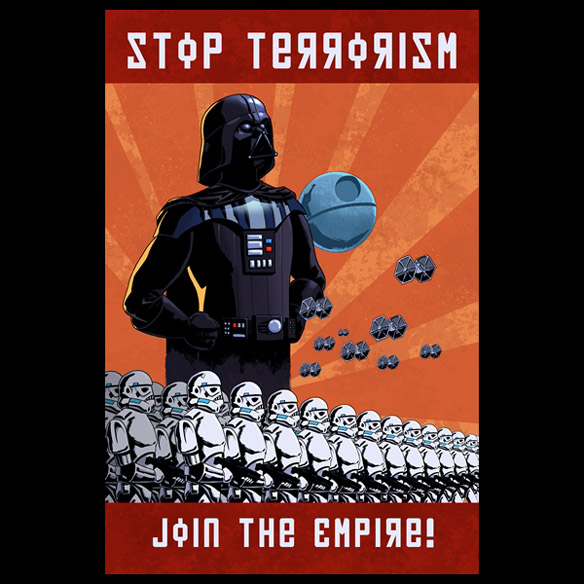 Support the Empire with the Star Wars Stop Terrorism T-Shirt and let people know you stand firmly against those trouble-making Rebels.

The galaxy is in dire need of Stormtroopers to help keep the peace on the various planets under the Empire’s protection. The Rebels have already destroyed two space stations that they crudely referred to as Death Stars, but were actually created to uphold the laws of the Emperor. How stable can these Rebels be when they allow a religious fanatic and a known smuggler to assume positions of power? 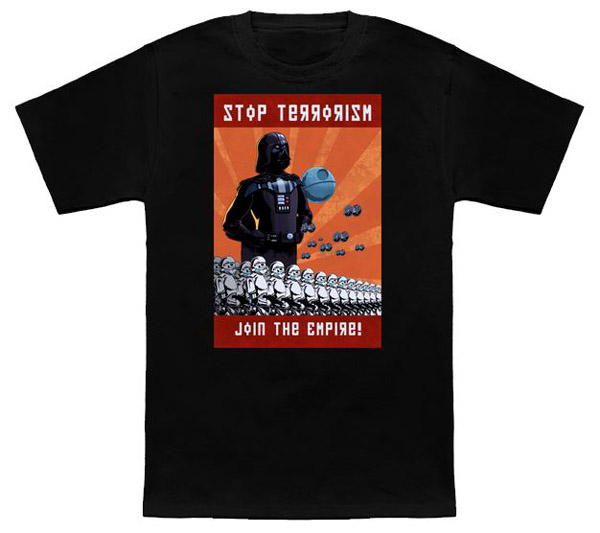 If you feel you are unworthy of being in an army under the command of the great and noble Darth Vader, you can at least inspire others to join by wearing this shirt.

The Star Wars Stop Terrorism T-Shirt is available for $19.95 at NeatoShop.

If you’re a huge photography buff and in the market for a new watch, then the F Stop Watch is the perfect timepiece for you. The watch displays the time with F-Stop, which is the relative aperture of a camera lens. It sounds like a […]

Foot In The Door – Door Stop

When your hands are full and you really need someone to hold that door for you, they usually aren’t there.  Solve that problem with the Foot In The Door – Door Stop.  Avoid damaging your expensive pumps and let this rubber shoe do all the […]

This door stop does not only block your door from being opened, if anyone would try to open the door it will set off a 125 decibel loud alarm.