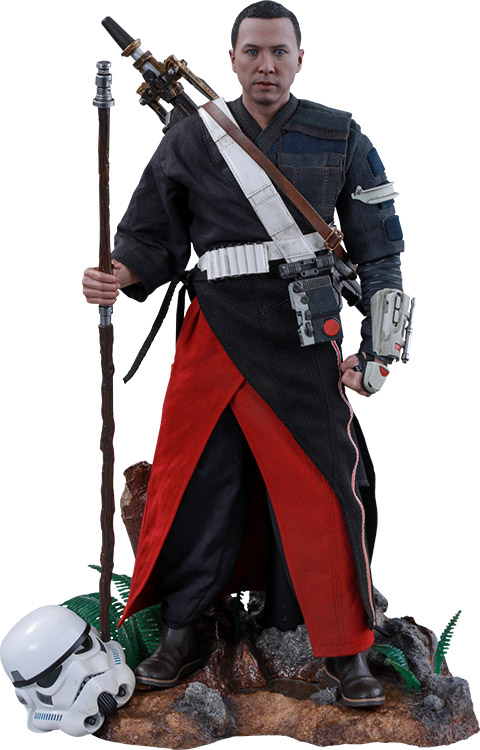 The Force is strong with the Star Wars Rogue One Chirrut Îmwe Sixth-Scale Figure.

The latest chapter in the Star Wars franchise brings us new heroes to root for, and Chirrut Îmwe, a blind warrior monk from the planet Jedha, looks to become a new fan favorite.

Based on martial artist Donnie Yen’s portrayal of the character, the figure stands 11.41-inches tall and comes with Empire-fighting accessories like a staff with mechanical parts and an articulated crossbow that can actually be slung over his shoulder.

This special Deluxe version also includes a diorama figure base with a Stormtrooper helmet on it and a special package design inspired by traditional Asian art.

The Star Wars Rogue One Chirrut Îmwe Sixth-Scale Figure will be available May 2017 – Jul 2017 but it can be pre-ordered now for $244.99 at Sideshow Collectibles.