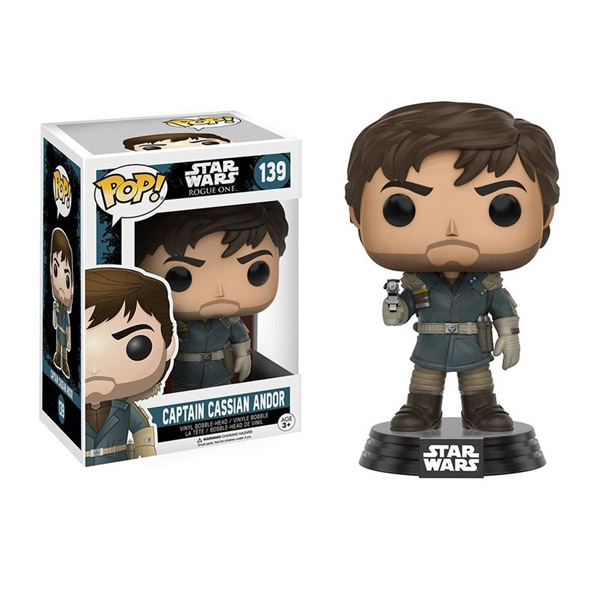 He has a swagger, a blue coat, and a cool sidekick that’s taller than him but don’t start comparing Cassian to a certain smuggler from those other Star Wars films because this Rebel Intelligence officer isn’t afraid to get his hands dirty when the work gets a bit… dark.

With an unshaven face and an unholstered blaster, this 3 3/4-inch-tall figure is ready to help Jyn Erso steal the plans for the Death Star.

The Star Wars Rogue One Captain Cassian Andor Pop! Vinyl Figure is available for $11.49 at SuperHeroStuff.com.

A long time ago, and I mean long as in before Star Wars: A New Hope, a ragtag group of Rebels stole the plans for the Death Star. Add some color to that adventure with the Art of Coloring Star Wars: Rogue One Coloring Book, […]

The Dark Lord of the Sith rises on the Star Wars Rogue One Darth Vader ‘A Dark Force’ T-Shirt. Before dealing with stubborn princesses, noble farmboys, and smuggling scoundrels, the fallen Jedi once known as Anakin was watching over the construction of the Death Star, […]