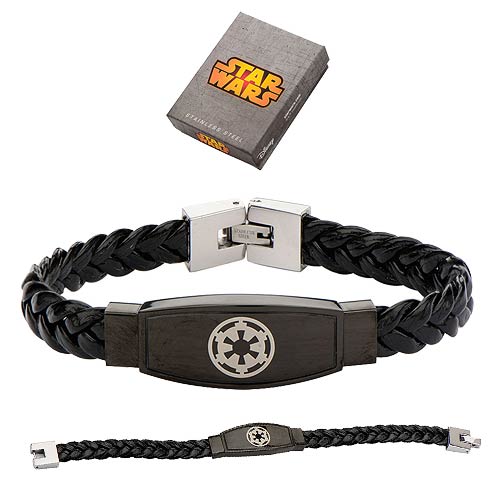 Up your style and show your support for the Imperials at the same time with this Star Wars Imperial Symbol Bracelet. It’s from a galaxy far, far away.

Show your support for the Empire right on your wrist. This Star Wars Imperial Symbol Bracelet features the iconic symbol of the evil Empire from Star Wars on a fashionable bracelet. Darth Vader and Emperor Palpatine would be proud of your choice of accessories. They probably wear one too.

It will cost you $59.99 from Entertainment Earth.

This Star Wars Symbols Cuff Bracelet has you covered no matter which side you are on. It features an open-back cuff that slides over your wrist. It also has the Jedi symbol, Rebel Alliance Starbird, and Imperial Crest. No need to choose a side. choose […]