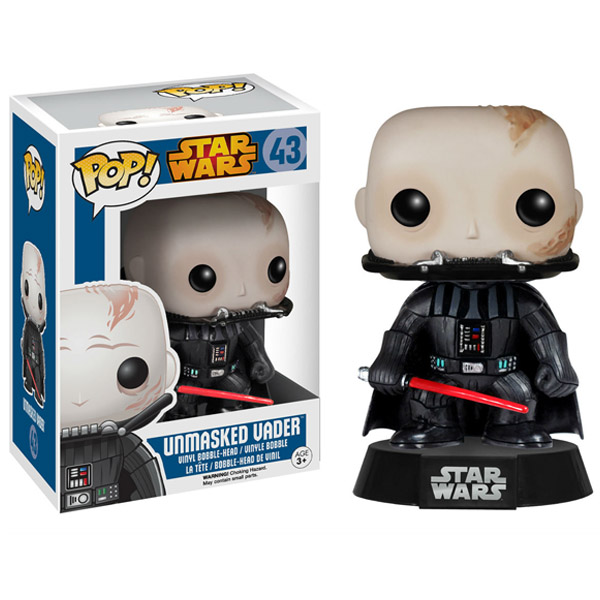 The man behind the mask is revealed with the Star Wars Darth Vader Unmasked Pop! Vinyl Bobble Head.

That moment in Star Wars: Return of the Jedi when the face behind the heavy breathing was seen for the first time. Some fans loved it while others hated it but everyone has to admit old Anakin Skywalker looks pretty cute as a Funko figure.

Details include the iconic Darth Vader outfit without the helmet, a tiny red lightsaber, and Anakin’s scarred bald head.

The Star Wars Darth Vader Unmasked Pop! Vinyl Bobble Head will be available July 2015 but it can be pre-ordered now for $9.99 at Entertainment Earth.