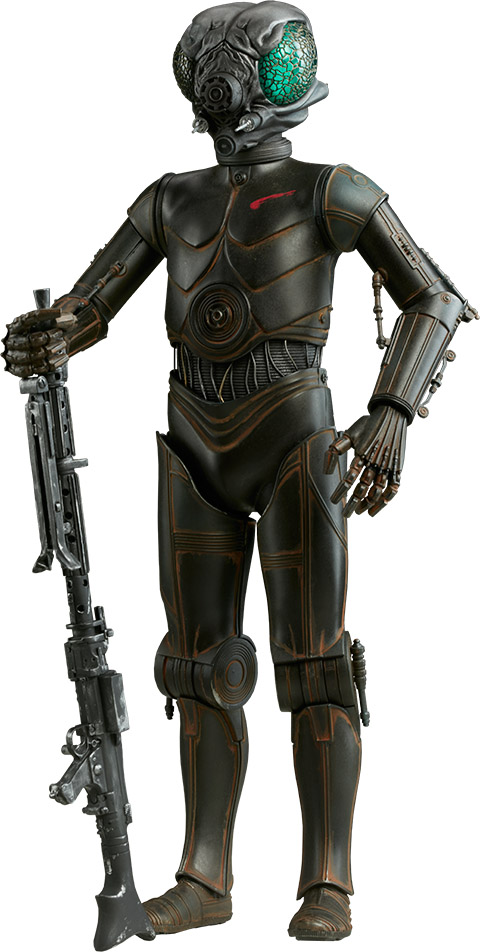 4-LOM was designed to do the same things C-3PO does but ol’ 4-LOM got tired of that job pretty quick. Maybe he got fed up with people telling him to never tell them the odds? Regardless of the cause, the result was the same. 4-LOM overrode his programming and became a bounty hunter, joining the group of mercenaries we saw in The Empire Strikes Back who were sent by Darth Vader to capture the rebels.

The Star Wars 4-LOM Sixth-Scale Figure will be available Jan 2017 – Mar 2017 but it can be pre-ordered now for $210 at Sideshow Collectibles.

The Star Wars C-3PO Sixth Scale Figure is the droid you’ve been looking for, and you don’t have to worry about him ever telling you the odds because he can’t talk, although he does have a cool light-up feature. Standing 12-inches-tall, this highly-detailed figure features […]

I know the serious Christmas shopping doesn’t start until after Thanksgiving and most people don’t get their trees until the first week of December, but sometimes you have to act fast. With something as cool as the Star Wars C-3PO Christmas Light Set, you might […]

R2-D2 may be the star of the show in the droid universe, but C-3PO has his share of merchandise as well. If you are a fan of goldenrod, check out this Star Wars C-3PO Face Lunchbox. It celebrates the golden droid by putting his face […]