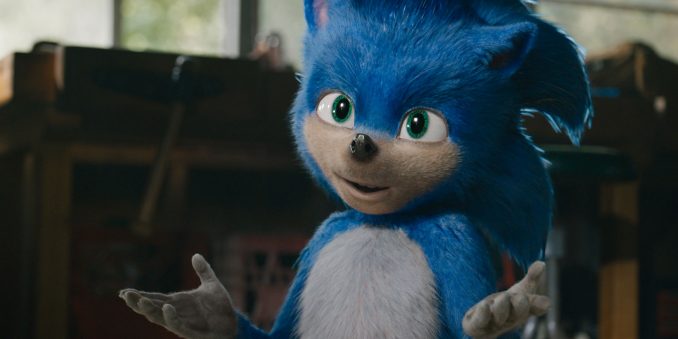 Paramount Pictures just released the Sonic The Hedgehog (2019) Official Trailer, so you can preview this live-action movie based on the iconic video game series that will be hitting theaters on November 8, 2019. It is similar to Pokémon Detective Pikachu in that you have a cuddly cartoon character in detailed CGI starring in what is otherwise mostly live action.

It stars Jim Carrey as Dr. Ivo Robotnik, the main villain, and James Marsden as Tom Wachowski, Sonic’s best friend. Ben Schwartz as the voice of Sonic the Hedgehog.

Watch the Sonic The Hedgehog (2019) – Official Trailer from Paramount Pictures:

Sonic The Hedgehog is a live-action adventure comedy based on the global blockbuster videogame franchise from Sega that centers on the infamously brash bright blue hedgehog. The film follows the (mis)adventures of Sonic as he navigates the complexities of life on Earth with his newfound – human – best friend Tom Wachowski (James Marsden). Sonic and Tom join forces to try and stop the villainous Dr. Robotnik (Jim Carrey) from capturing Sonic and using his immense powers for world domination. The film also stars Tika Sumpter and Ben Schwartz as the voice of Sonic.

Here is the Sonic The Hedgehog movie poster: 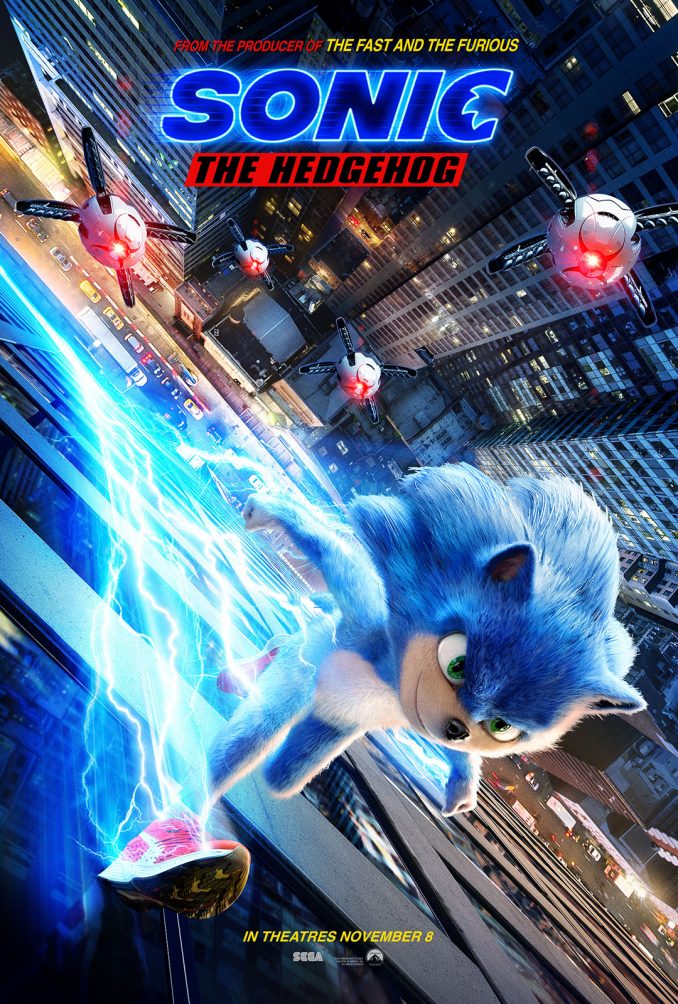 Sonic the Hedgehog, you can’t catch what you can’t see! Sega’s electric blue, spiky-quilled mascot is still the speed junkie we know and love, and his speed demon facial expressions are printed all over the Sonic the Hedgehog Pint Glass Set. Each glass has a different print. One shows him wearing […]

This decorative tin of Sonic the Hedgehog Chaos Emerald Candy is a yummy treat for retro Sega gamers. After the Atari and NES Candy, Super Mario Candy, and Pac-man Candy, it is time for everyone’s favorite hedgehog to get some recognition with his own candy. […]

After a long day of running at super speed and collecting golden rings, you want nothing more than to lay your head down and rest, whether you’re a hedgehog or some guy playing one on the TV. This Sonic the Hedgehog Sonic Velvet Pillow is […]

This Sonic the Hedgehog Sonic and Tails Fleece Throw Blanket will help to keep you warm by wrapping you up in a retro video game scene. Sonic and Tails are best buds so you know they like to cuddle. And now they want to cuddle […]

If you’re a fan of Sega or any of the many variations of Sonic the Hedgehog games, this limited edition Funko Pop! PEZ Sonic The Hedgehog would be a cool collectible to have. Made by Funko and part of the Pop! collection, this PEZ dispenser […]

Fans of Sonic the Hedgehog will enjoy displaying this Sonic the Hedgehog Sonic Generations Diorama Statue. It shows our favorite video game character in action. The detail on this statue is awesome and it stands 12-inches wide x 10-inches tall. It is a limited edition […]

Fans of the Sonic games will love having this video game mascot on their desk. This Sonic The Hedgehog Pop! Vinyl Figure may not run around your desk like lightning collecting rings, but he will geek things up and make you smile. It’s Sonic from […]

Forget regular bouncy balls. What you need is a Sonic the Hedgehog Bouncy Ball. You already knew that Sonic was super-fast, but I bet you didn’t know that he super bouncy as well. It’s Sonic, your favorite hedgehog, as a bouncy ball. This Sonic the […]

This Sonic the Hedgehog Sonic Hooded Blanket is a pretty adorable way to keep warm and comfy and honor your favorite video game character. It pairs well with this Sonic mug. Have a nice hot drink and stay warm at night. Sonic will keep you […]