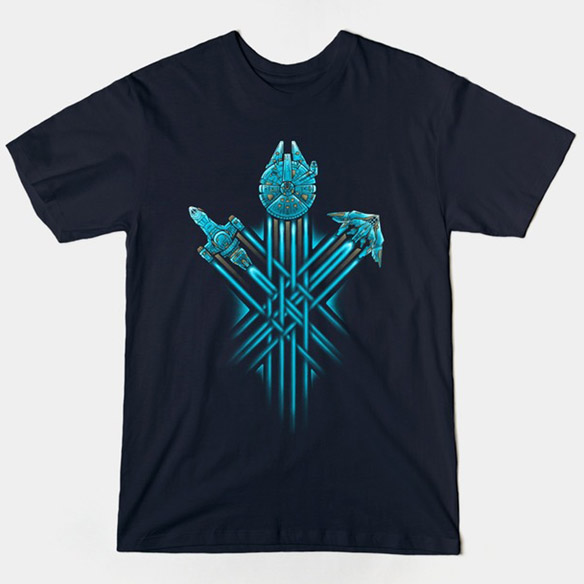 The ships of Star Wars, Firefly, and Guardians of the Galaxy get together to create a cool design on the Rebel Paths T-Shirt.

Han Solo, Malcolm Reynolds, and Peter Quill bring the Millennium Falcon, the Serenity, and the Milano (or Ship for comic book fans) together for a heroic adventure of epic proportions… or a seriously epic con. With these three captains, you can never be sure. One thing is for sure, though. Whether they’re being heroes or bad guys, it will be something that is talked about across the galaxy as the stuff of legend. 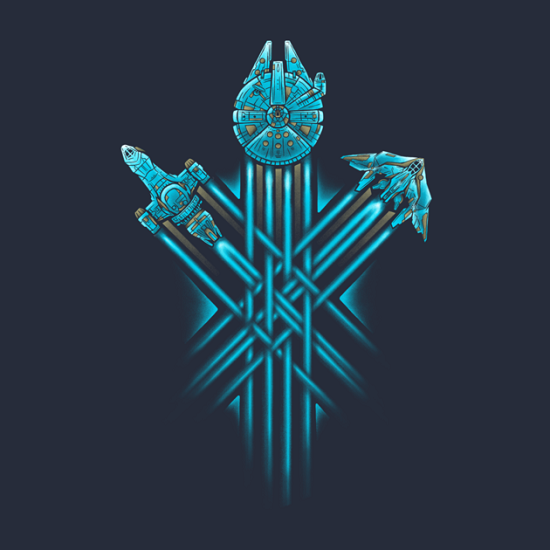 The Rebel Paths T-Shirt is available for $20 at TeePublic.com.

It just got a bit easier for Star Wars fans who still haven’t been able to decide which side to join. You can now wear the imperial logo belt buckle around your waist and at the same time wear these new rebel pilot headphones on […]

It’s the same ‘Disco Doctor’ image we’ve seen floating all over the Internet but the Doctor Who Rebel Time Lord T-Shirt is the first shirt to add Peter Capaldi’s 12th Doctor to your Whovian wardrobe, and every Doctor has to start somewhere, right? We haven’t […]

This Rebel Logo Lightweight Infinity Scarf is sweet! The force will be with you all day long when you wear it. It is a subtle way to show off your Star Wars fandom. It is made of a soft, lightweight polyester fabric. It makes a […]

This Star Wars Rebel Badge Wallet is what every rebel should be carrying. It is made of grey, black, and brown vegan leather and looks great with the metal Rebel logo in the center of one of the halves. It will hold all of your […]

The Nixon Unit SW Watch – Rebel Pilot Orange has yellow crystal inspired by the Rebel pilots’ blast shields. The back is engraved with a Rebel pilot helmet and the words “Stay on Target”. Always good advice. It features 12 or 24 hour time of […]

Let everyone know that you are a part of the rebel alliance and fighting the Empire with this cool Star Wars Rebel Symbol Bi-Fold Wallet. It is 60% polyurethane and 40% cotton. This wallet has the color scheme of a Rebel Alliance X-Wing Pilot. It […]

The Rebel Alliance Money Clip lets you flash a little rebellion every time you get your money out. It is a money clip for the Rebel inside of you. It has a Rebel Alliance logo that looks awesome. Star Wars fans will want this clip […]