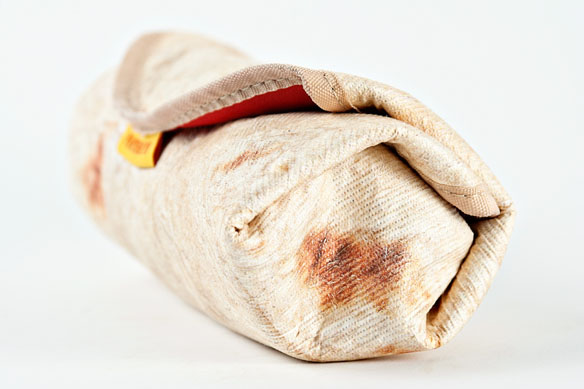 So what do you get when you put burritos and camera lenses together? Ironically, you get something like the Photorito Lens Wrap. The Photorito wraps around your lenses so you can carry them around quickly when you’re transferring from one location to another during your shoots. It’s called as such because it looks like a burrito, albeit a really huge one since you really can’t expect camera lenses to be as teeny tiny and compact as the usual ingredients you’d find in this traditionally Mexican dish.

The Photorito Lens Wrap is made from a super-tough material called Tyvek. But it’s all cushy on the inside, as what’s cushioning your lenses into place is a thick neoprene filling. 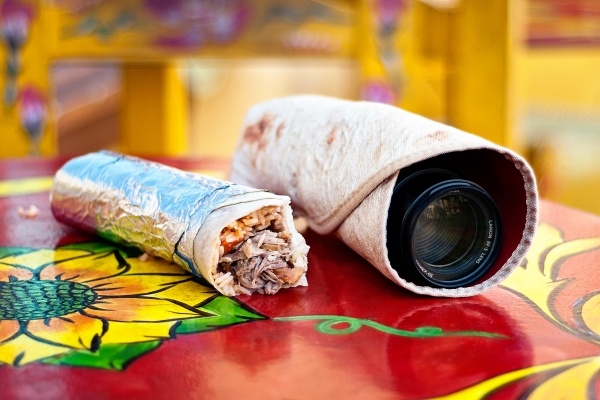 It’s a protective lens wrap that looks like just like a burrito! Here’s how it works: wrap your lens up burrito-style in the padded sleeve, and a built-in band will hug your lens to keep it in place. The wrap itself is made of super-tough Tyvek (the stuff hazmat suits are made of!) and cushioned with neoprene.

The Photorito Lens Wrap is available from Photojojo for $20.

Most people I know don’t carry a separate digital camera anymore. Instead, they just bring out their smartphone to snap a quick photo when they find something worth capturing. However, most phone cameras don’t have macro settings which can really magnify what you want to […]

Wrap and Grow Flowering Gift Wrap is a great way to give flowers with every gift. It is flowering seeded gift wrap that sprouts in days when you plant it. It’s like giving two gifts. The one in the wrapping and the flowers. You just […]

With the holiday season quickly approaching, you’re almost certain to have to do some traveling and I’m sure you‘re already buying gifts for loved ones. In between all that shopping for others, why not treat yourself to something that is going to come in very […]

You should already be familiar with Vuzix and their 3D Video Eyewear since GeekAlerts has shown you the Wrap 310XL and even did an awesome giveaway with it. Well, Vuzix just announced that they will offer a $50 discount on the Vuzix Wrap 920 on […]

Tired of carrying all your cash in boring old leather wallets? Then ditch those for these Geeky Tyvek Wallets that are available in a variety of superhero designs and one that’s super geeky. You’ve seen the Star Trek USS Enterprise Tyvek Wallet, but now you […]

If you are making a B Movie or just want to start a new fashion trend, try this awesomely geeky Bubble Wrap Suit. It’s great for all kinds of occasions. This bubble wrap space suit is made with real Bubble Wrap and since one size […]

Anyone can be a photographer when they have their trusty iPhone with them, no camera needed, but shutterbugs have always had more creative power because of the arsenal of lenses that were available. Now iPhonographers can have the same creative power with the iPhone Lens […]