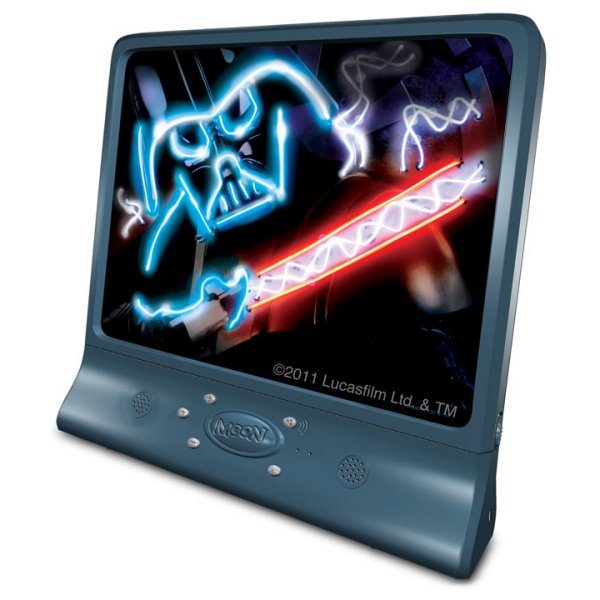 If you want to create your own animated Star Wars character artwork, this Meon Star Wars Interactive Animation Studio is amazing. Just choose a Star Wars design, put in the pegs and thread in the Meon wires. It’s Star Wars gone neon.

This awesome art studio features flashing animation, sounds and games. It’s perfect for any Star Wars loving geek. It glows like a lightsaber and that’s enough to get us excited by itself.

LED lights give everything the Midas touch. Not only are they energy-efficient and long-lasting, but they are also brighter than incandescent and fluorescent lights. GeekAlert fans who liked the LED Art Cube Light, TIX LED Clock and Ferris WheeLED Bike Light might also give a nod to the Laser Pegs […]

If you want to sip your drink the long way while looking infinitesimally cooler (or weirder–it could go both ways, depending on your current look or demeanor), then these Neon Drinking Straw Sunglasses are the straws-slash-glasses for you. Wear it loud and wear it proud. […]

If you love Star Wars, you won’t be satisfied with hanging any old posters on your wall. You want Fine Star Wars Artwork, like that available from KULT Studio. There are over 60 different Star Wars pieces, and a wide variety of styles are showcased. […]

The Mandalorian bounty hunter gets groovy on the Boba Fett Neon T-Shirt, with a psychedelic image that still manages to convey how tough the clone is. Boba’s armor is designed to blend in with the crowd, with the colors being so bland they barely register […]

Valentine’s Day is fast approaching and you need to get something that your Geek or Geekette will appreciate. Sure you could stay traditional and do flowers and a Star Wars Han Solo in Carbonite Chocolate Bar, but don’t you think your significant other deserves a […]

What do you want to be a guru of? It might not pack Bluetooth like the sWaP Cell Phone Watch or take a SIM card like the Cell Phone Watch with Dual SIM and Touchscreen, but the Neon LED Guru Watch does something those others […]

Hanging up your laundry to dry on a clothes line is pretty boring stuff. And not fun for others to look at either. Now you can make laundry hanging a little more fun with these Amazing Pegzini Family 5 Laundry Pegs Clothes Washing Line Pins. […]

Here’s a fun and cool way to decorate and light up your office or home desk in a retro modern way, using neon signs that are powered by USB.