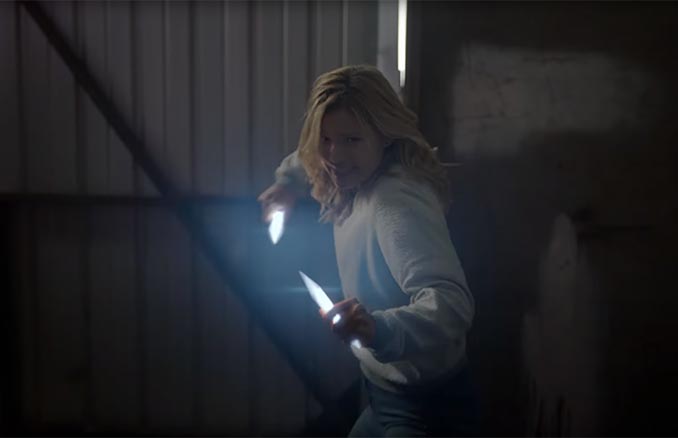 In Cloak & Dagger, two teenagers from very different backgrounds, who find themselves burdened and awakened to newly acquired superpowers which are mysteriously linked to one another. Tandy can emit light daggers and Tyrone has the ability to engulf others in darkness. They quickly learn they are better together than apart, but their feelings for each other make their already complicated world even more challenging.

This video is no longer available.

It always came down to two people. Teenagers Tyrone and Tandy are awakened to newly acquired superpowers which are mysteriously linked to one another.

There are so many different Marvel TV series and movies these days, but with thousands of characters from the comics, they won’t be running out any time soon.

For some reason, the previous Cloak & Dagger Trailer was deleted, but now Freeform has release a new final extended Marvel Cloak & Dagger Official Trailer. This TV adaptation of the Marvel comics stars Olivia Holt as Tandy Bowen / Dagger and Aubrey Joseph as […]

Aside from having a powerful and evil wizard after him that wanted him dead, Harry Potter has led a pretty charmed life, and you can pretend to have some of that Potter awesomeness with the Harry Potter Cloak of Invisibility. Little Harry’s life might not […]

This amazing weapon is just crazy. There’s a dagger coming out of that snake. The Fantasy Master Red fang Viper Dagger looks like something from the God of War games. The blade in the mouth of the viper is stainless steel and 10.75 inches in […]

This Song of Ice & Fire Night Watch Dragonglass Dagger Replica will take center stage in your collection. It is part of the Beyond the Wall Survival Kit that includes a handcrafted 9-inch obsidian dagger, black deerskin leather belt pouch, 5 obsidian arrowheads, black leather […]

Camera bags are a necessity, but they can be quite a pain sometimes, especially if you like taking photos while you’re on the go. Why? Because you’d have to take your camera out of the bag, and by then the scene might have changed or […]

The Force Awakens with this cool Star Wars Awakened T-Shirt, adding a little Anime style to three newbies in the Star Wars universe. Created by artist Bamboota and inspired by vintage Japanese movie posters, this stellar tee features Rey, Poe Dameron, and Finn, along with […]

Protective cases for your iPhone are nothing new and they seem to do a good job of protecting your phone, but this one may be overkill. Very cute overkill though. This Red Cloak Cat Toy Case for iPhone 4 and iPhone 4S will protect your […]