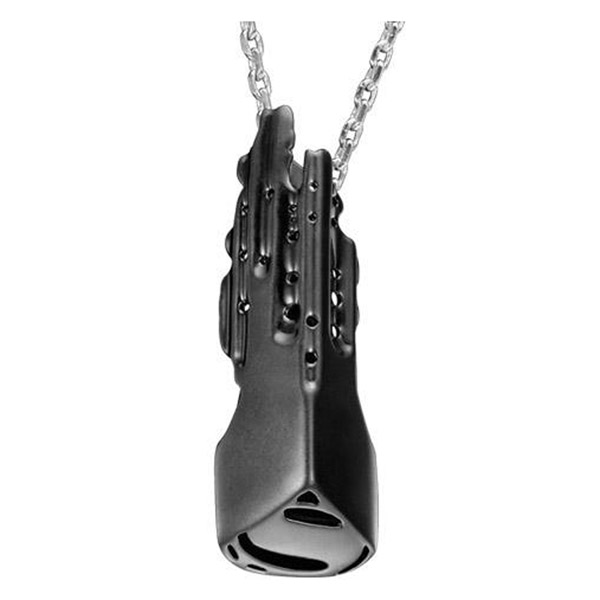 You can imagine the future of Krypton is in your hands with the Man of Steel Command Key Pendant, completing the illusion by either referring to yourself as Jor-El, Kal-El, or even General Zod.

In the Superman film, Man of Steel, this little relic of the doomed planet, Krypton, proved that big things really can come in small packages, with the Key playing a much larger role in the film than many anticipated, even allowing young Kal-El to interact with his long-dead father.

The pendant probably doesn’t hold the codex for an entire race or a holographic image of Jor-El, but it would look nice hanging around your neck from its 24-inch chain.

The Man Of Steel Command Key Pendant is available for £35.99/$59.08 at ForbiddenPlanet.com.

It makes sense that Superman’s biological father would be no slouch in the hero department because Kal-El had to get those genes from somewhere, but Man of Steel revealed that Jor-El was tough enough to hang around even after he died just to help guide […]

Hoban “Wash” Washburne’s personal mantra, “I’m a leaf on the wind. Watch how I soar!” takes physical form with the Firefly Leaf on the Wind Key Chain Pendant, providing a stylish accessory that any Browncoat would be thrilled to carry with them. The world’s tiniest Firefly, […]

Fans of the web series The Guild will love this The Guild Codex Staff Necklace. Don’t know what The Guild is? How can you call yourself a geek? It stars Felicia Day as a World of Warcraft playing geek. Enough said. This necklace will level […]

The Marvel Deadpool Cowabunga Pendant is an adorable pendant that has Deadpool’s smiling face on a bomb. There is also a heart, because he hearts explosions! It comes on a stainless steel chain. This is a fantastic Deadpool accessory. You might say it’s the bomb. […]

This Death Star Mood Pendant Necklace is always in the mood to blow up Alderaan. The chain extends up to 20 inches in length. The best part is that this Death Star pendant changes color with your mood. So it can tell if you are […]