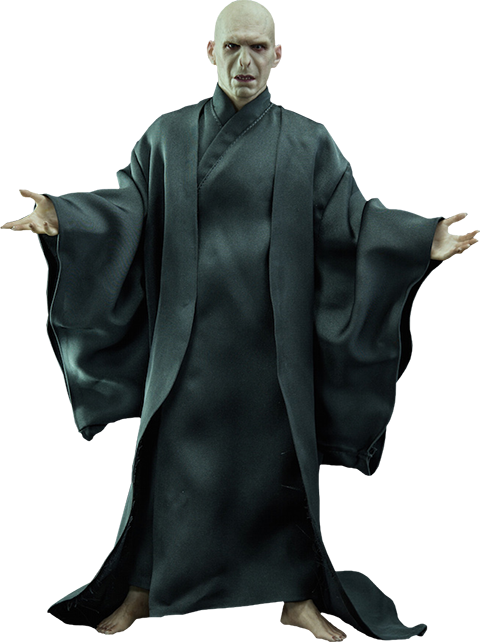 I’m going to be a rebel and use the ‘V’ word with the Lord Voldemort Sixth-Scale Figure, because the He Who Must Not Be Named Sixth-Scale figure doesn’t exactly roll off the tongue.

Based on the evil, noseless one as he appeared in Harry Potter and the Deathly Hallows, the 12-inch-tall figure features an authentic likeness of Ralph Fiennes in his Voldemort makeup. In addition to two interchangeable heads and a few other accessories to illustrate the Dark Lord’s power, the big V still doesn’t get to have all the Deathly Hallows. I like that.

The Lord Voldemort Sixth-Scale Figure will be available 1st Quarter 2015 but it can be pre-ordered now for $190 at Sideshow Collectibles.

Are you tired of serial trespassers infringing upon your territory? Send them a clear message straight from the mouth of Lord Voldemort. With the help of the Lord Voldemort Room Alarm, room intruders will be scrambling and thinking twice about where they set foot. Harry Potter Lord […]