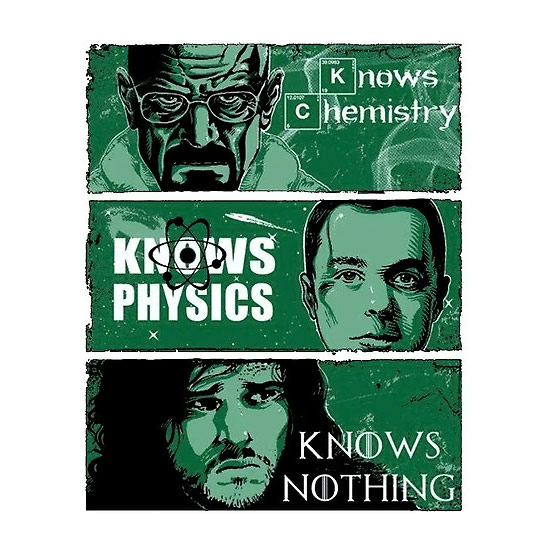 Television is filled with brilliant people who know a lot of things, and the Knowing T-Shirt brings together three of them from The Big Bang Theory, Breaking Bad, and Game of Thrones.

Nobody would dispute the fact that Walter White AKA Heisenberg knows a thing or two about chemistry, or that Sheldon Cooper is the guy you want as a friend when you have a physics question, but Jon Snow doesn’t get nearly enough credit when it comes to the knowledge he possesses… and he knows a lot more than just winter is coming. 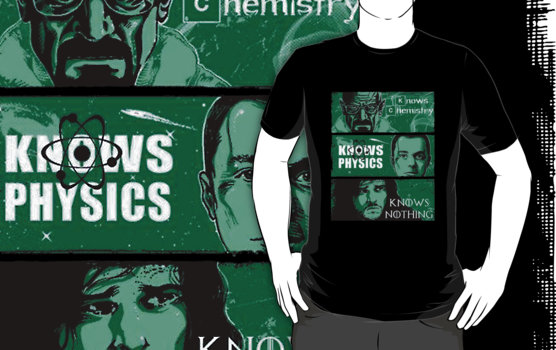 You can get these three popular minds to smarten up your wardrobe with the Knowing T-Shirt for $25.52 at RedBubble.com.

Winter truly is coming for many of us and this cool Game of Thrones Winter is Coming T-Shirt puts a very unique twist on George R.R. Martin’s top selling fantasy saga. Designed by Faniseto and like all the other cool t-shirts from RedBubble, this t-shirt […]

So picture this: you’re hiking in some mountain trail, when you find your leg caught in a tangle of weeds and vines. No problem at all; just reach over into your pocket, take your wallet out, and fish the Boker Credit Card Knife out from […]

Two unlikely universes get mashed together on the Game of Thrones Winter Peanuts T-Shirt, and the result is actually quite fitting for all parties involved. Jon Snow is constantly being told he knows nothing and Charlie Brown always falls for Lucy’s trick with pulling the […]