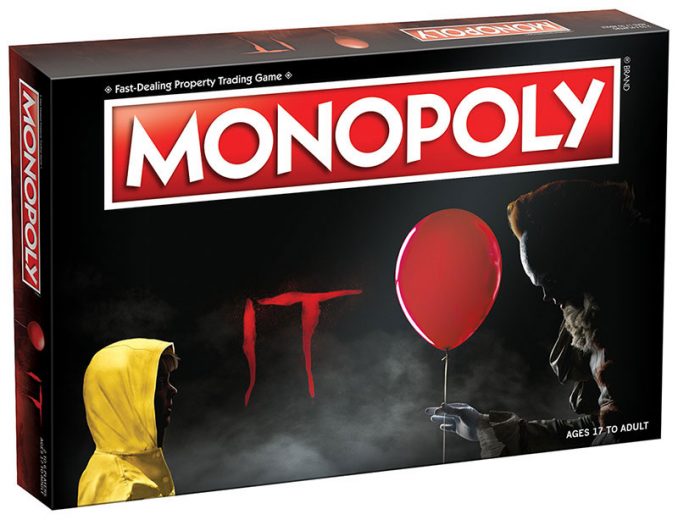 Experience the terrifying journey through a cursed Derry, Maine in the IT Monopoly Game by USAopoly. The custom game board features locations from Derry, Maine while Houses are Suburban Houses and Hotels are Apartment Buildings. Likewise, Community Chest and Chance are redone as custom Encounter and Phenomena cards.

Perhaps the coolest part of IT Monopoly are the six custom collectible tokens: Balloon, Inhaler, Bicycle, Glasses, Paper Boat, and Eddie’s Cast. If you buy it from GameStop, you also get a seventh exclusive token: Bev’s Key. 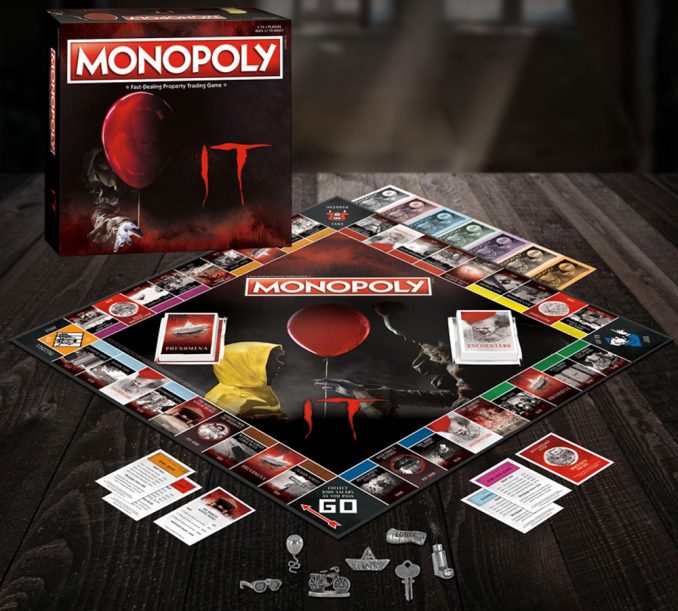 Want a balloon? Immerse yourself in the horror that fills the town of Derry in this IT inspired rendition of Monopoly. This essential for Stephen King fans features custom Losers’ Club currency and tokens sculpted after significant items from IT. As one of six iconic tokens, travel around locations found in the dangerous town of Derry to defeat your opponents. The IT Monopoly Game will make a great addition to your next game night.

IT Monopoly is available for pre-order at GameStop for $39.99 with shipments expected on May 6, 2019. Buying it there gives you the exclusive Bev’s Key token. The game is also listed at Entertainment Earth.

Monopoly is a favorite among board game fans and now you can enjoy it with a Nintendo twist. The Nintendo Monopoly Gamer Collector’s Edition Game joins Monopoly with beloved Nintendo video game characters. Earn points by buying properties, collecting coins, and beating bosses. Play as […]

We’ve seen Riverdale Clue, now get the Monopoly Riverdale Board Game. Like other custom edition Monopoly Games, this version adapts the classic property trading game with new properties, characters, tokens, etc. In this case, they all come from the hit CW television series, Riverdale. One […]