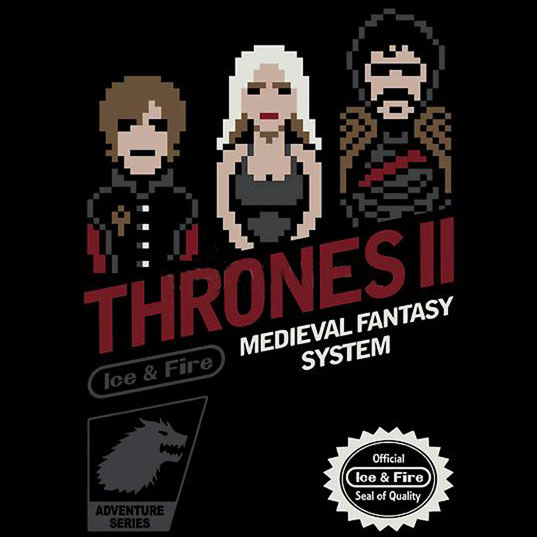 For those of you that didn’t know, May 25 is Geek Pride Day…Chosen because it commemorates the release of the first Star Wars film, this is the perfect day to show everyone that you’re a geek and proud of it. And one of the easiest ways to show your pride is with a very cool geeky t-shirt. GeekAlerts has shown you tons of great t-shirts and hoodies that would leave viewers with no-doubt that you’re a geek.

But we thought it appropriate to spoil you with five more shirts that we found while browsing Redbubble. Classic 8-bit NES fans will love the A Game of Ice & Fire II created by Drew Wise and pictured above. It takes Game of Thrones and turns it into a worthy NES game cover. 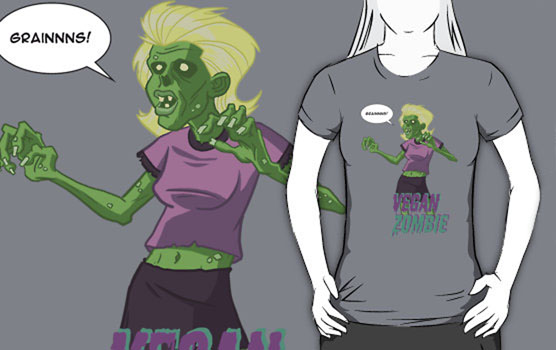 Here we have a very funny twist on what we may expect to see when the Zombie Apocalypse final hits at the end of 2012. Designed by Dennis Culver, it appears being vegan carries over into the undead life as well…More brains for me and you! 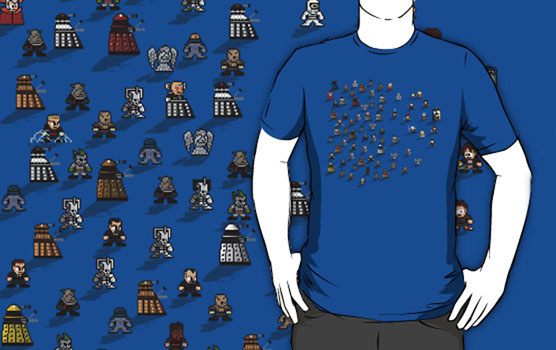 Doctor Who is on every Geek fans list of cool characters and classic sci-fi TV series shows. Here we have two t-shirts created by TheRandomFactor that add a little extra geek to the good doctor. Both feature classic looking 8-bit pixelated graphics, while the above shows the doctor and the many enemies he’s met during his time traveling days. The below shows the cycle of the eleven good doctors that help make Doctor Who the longest-running science fiction television show. You got to love the Time Lord! 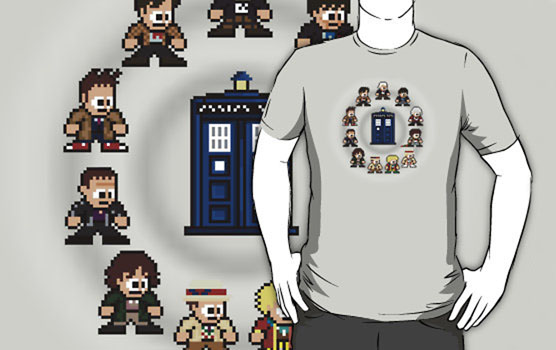 Created by Tom Trager, The IT Crowd NES Game T-shirt (below) gives us another cool look at a would-be classic NES game box. 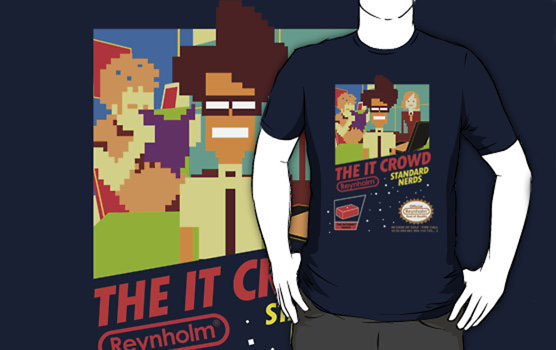 As with all t-shirts from Redbubble, you get to choose from a ton of colors, sizes, and styles, making these shirts some of the best around. Celebrate this Geek Pride Day by buying yourself one of the cool shirts pictured above (A Game of Ice & Fire II, Vegan Zombie, Doctors vs Baddies, Circle of Life, The IT Crowd NES game) or check out the many other creative designs at Redbubble.com. Prices start at roughly $25 for most t-shirts.