A bit like a stroll down memory lane, each card you see will rehash memories you thought were buried in the dumpster part of your brain as you turned into an adult. Some of us have a hard time coming to terms the whole adult thing, and that’s okay. No matter if you hated the GPKs or were obsessed with them, you have to admit that the whole concept was a rotten stroke of genius. 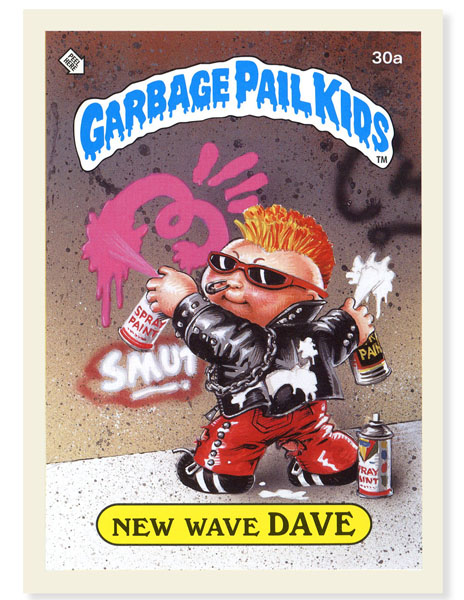 Garbage Pail Kids—a series of collectible stickers produced by Topps in the 1980s—combined spectacular artwork and over-the-top satire. The result was an inspired collaboration between avant-garde cartoonists and humorists including Art Spiegelman, Mark Newgarden, John Pound, Tom Bunk, and Jay Lynch. A new generation of fans continues to embrace this pop-culture phenomenon as Garbage Pail Kids stickers are still being published. Now, for the first time, all 206 rare and hard-to-find images from Series 1 through 5 are collected in an innovative package, along with a special set of four limited-edition, previously unreleased bonus stickers. This exciting follow up to Wacky Packages is guaranteed to appeal to die-hard collectors as well as a new generation of fans. 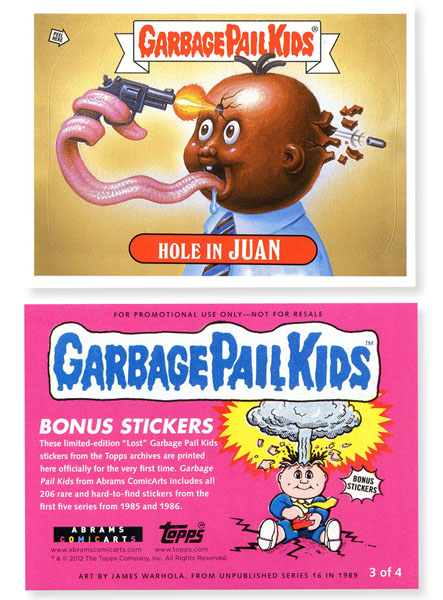 Have a little guilty pleasure and buy yourself the Garbage Pail Kids Hardcover Book, available at Amazon for $11.27 and also at Fred Flare for $20.95.

The Garbage Pail Kids cards were always funny with their clever names and funny illustrations to match. If you are a fan, check out this Garbage Pail Kids Adam Bomb 9-Inch Vinyl Figure. He’s the bomb. No really. This collectible figure depicts one of the […]

Trash doesn’t have to be ugly. At least, the bag that holds the trash in, that is. These Goldfish Garbage Bags are a literally and figuratively neater way to stash your garbage in before the collectors come to take it away.

We all knew that Darth Vader deep inside was as sweet as candy. If we ever had our doubts, here is the chance to see what’s going on inside his head.

I’m sure you have all seen the soccer mom driving her monster SUV around with the family stickers on the back. I know our GeekAlerts fans want more than just the regular stickers showing sandals, stick people, or cartoon characters; so I thought these vinyl […]

The Bob’s Burgers Burger Book: Real Recipes for Joke Burgers Hardcover Book is your best chance to eat one of Bob Belcher’s specialty Burgers of the Day. You’ll have to cook it, but Bob provides the recipes. This book contains 75 original, practical recipes. It […]

The Altec Lansing MUZX MHP 206 is a pair of earphones enhanced with sparkling precision-cut Swarovski elements: jeweled flowers on the earbuds and a stunning butterfly on the choker.

Get the know all about the Doctor and all of his adventures with this Doctor Who The Visual Dictionary Updated and Expanded Hardcover Book. It is going to be a great read and it will seem larger on the inside. The Doctor Who: The Visual […]