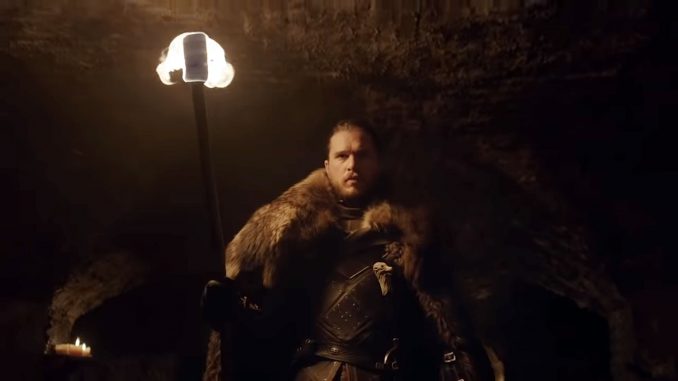 If you’ve been anxiously awaiting the release of the final season of Game of Thrones, you didn’t even know when your wait would end. Now you finally know the date you’re waiting for, as HBO just announced that the final season of the series will debut on April 14, 2019, in a tweet that showed the countdown at 90 days, 23 hours, 55 minutes, and 27 seconds. They also released a Game of Thrones Season 8 Tease: Crypts of Winterfell video that you can watch below.

Watch the Game of Thrones – Season 8 – Official Tease: Crypts of Winterfell from HBO:

Season 2 is coming, so get in the spirit with this Game of Thrones Starks of Winterfell Crocheted Doll Set. This handmade set of Game of Thrones dolls includes 8 people and 3 direwolf puppies including Lord Eddard, Lady Catelyn, Jon Snow, two grey direwolf […]

When winter comes, you can stay warm by staying inside and checking out the highly-detailed sculpt of the Game of Thrones Winterfell Desktop Statue. Cast from heavyweight polystone and measuring 14-inches long x 10-inches wide x 5-inches tall, the ancestral seat of House Stark is […]

The Game of Thrones Winterfell Desktop Sculpture recreates the famous GoT location in amazing detail. It is limited to just 1500 pieces. It includes a presentation box and certificate of authenticity. Fans of the north of Westeros will want to decorate their desk with this […]

Winter is coming! And Winterfell is coming to your desk. This Game of Thrones Winterfell Desktop Statue puts the ancestral seat of House Stark right on your desk to gaze at and admire. It is sculpted by artist Kyle Millard and every detail is perfect […]