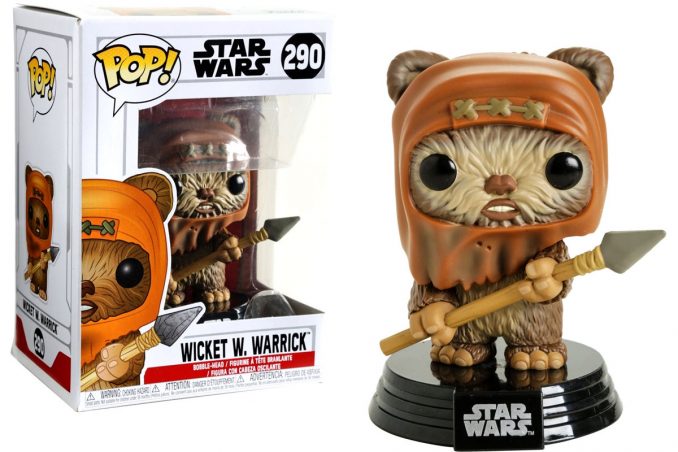 Wicket W. Warrick has been given the ultimate Funko Pop! makeover as a vinyl bobble-head. Anything for our valiant warrior from the Battle of Endor!

If you are a fan of Ewoks, but can’t afford to book a flight to Endor and capture one for a pet, your next best option is this Star Wars Wicket Talking Plush. He’s cuddly and soft and he even talks. Ewoks are great at […]

Do you love Ewoks? Enough to carry one on your back? If so, check out this Star Wars Wicket the Ewok Back Buddy Backpack. As the name suggests, he’s a furry little buddy for your back. He will help you tote around all of your stuff […]