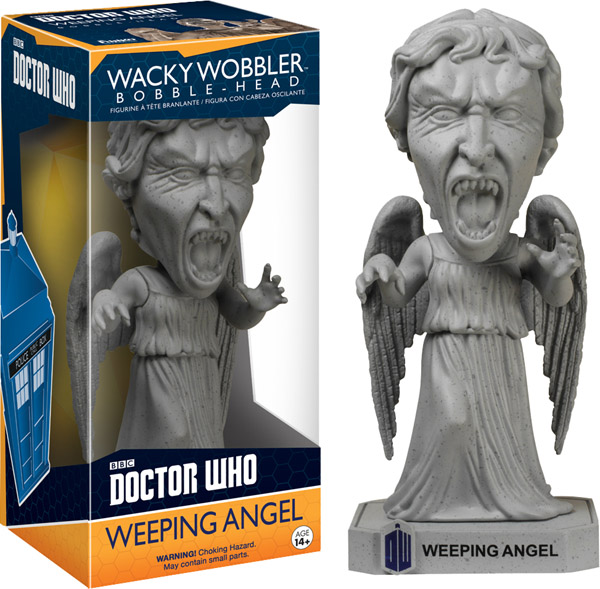 Don’t blink or the Doctor Who Weeping Angel Bobble Head will get you.

Standing approximately 7-inches-tall, this adorable little angel isn’t nearly as cuddly as it appears to be. When it’s not trying to take the phonebox from the Doctor, it’s stealing time itself from unsuspecting victims.

It’s the perfect addition to your Whovian collection but make sure you have the 10th Doctor and 11th Doctor bobble heads to keep the time-locked creature in its place. And don’t blink. Never blink again. Blink and you’re dead.

The Doctor Who Weeping Angel Bobble Head will be available August 2015 but it can be pre-ordered now for $12.99 at Entertainment Earth.