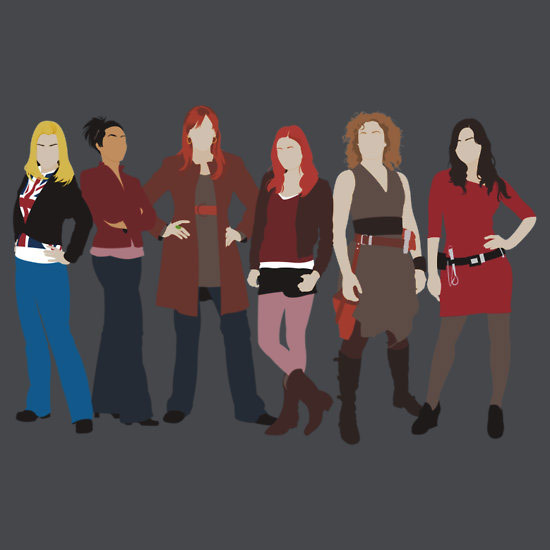 The Doctor’s face and personality might change but it’s his Companions that really add spice to his adventures because each one brings something new to his life, and the Doctor Who Companions T-Shirt lets the Time Lord take a break while we focus on the special ladies in his life.

This shirt might not offer much to those Whovians that prefer Classic Who but it’s a thrill for those who have been following the Doctor’s adventures since his ninth incarnation swaggered onto the scene in his black jacket and purple shirt, and the ladies of ‘New Who’ always seem to be more than just passengers.

Featured on the t-shirt in artistic renderings that reveal just enough to identify the characters are Rose (Bad Wolf), Martha (the girl who walked the Earth), Donna (the most important woman), Amy (the girl who waited), River (the child of the TARDIS), and Clara (the impossible girl).

I’m not 100% sure that River should be considered a Companion because she’s so much more than that, but there’s nothing wrong with having her in the line-up because of her special status in the Doctor’s life. However, I do wish that Rory was here to break up the girl’s club because the last Centurion deserves a little recognition too. 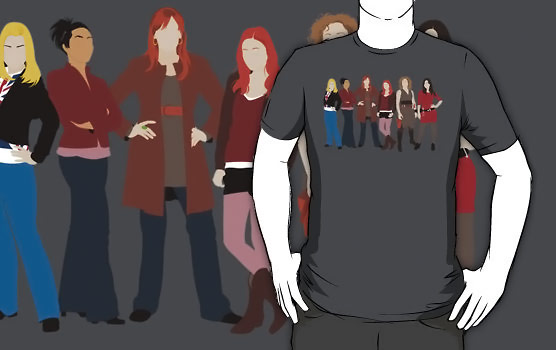 The Doctor Who Companions T-Shirt is available for $24.54 at RedBubble.com.

You know the Doctor but do you know all his Companions? The Doctor Who Companions T-Shirt will lead you through time and space to show you the people who took a chance at adventure with the mad man in the box. Sadly, this TARDIS won’t […]

Doctor Who Retro VHS with All Doctors Ladies’ T-Shirt

This Doctor Who Retro VHS with All Doctors Ladies’ T-Shirt is just plain awesome. This black 100% cotton T-shirt features the first 13 Doctors around the TARDIS, looking just like an old VHS tape cover. It celebrates all the past regenerations of The Doctor. If […]