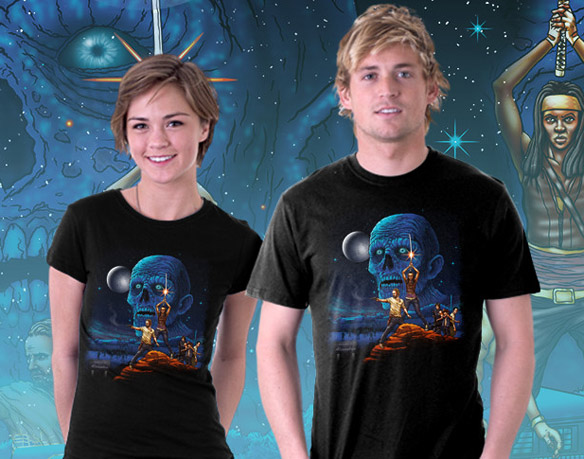 The Force awakens in Alexandria on the Dead Wars T-Shirt as Rick, Michonne, Daryl, Carl, and Glen get in touch with their inner Jedi.

The Rickatorship gets a Star Wars twist with an image created by CoD Designs. The down-and-dirty survivors of the zombie apocalypse strike a pose that’s familiar to anyone who’s seen the original artwork for Star Wars: A New Hope… way back before it was actually called A New Hope.

The big question is would Rick actually be a Jedi or would he be a Sith? He’s not really a guy who could be considered mellow or even-tempered. 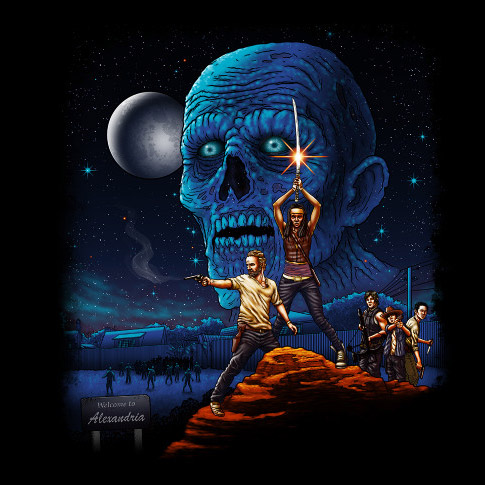 The Dead Wars T-Shirt is available for $20 at TeeFury.