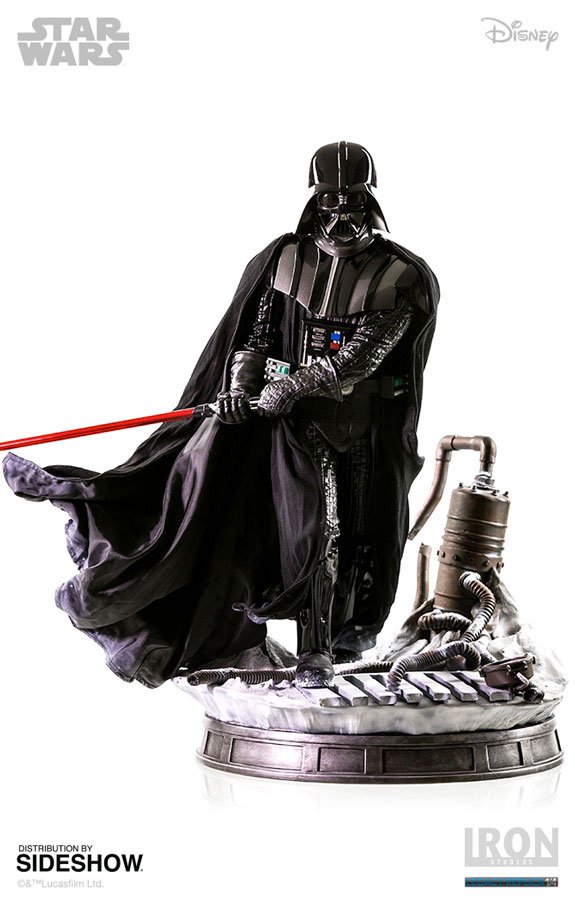 The Dark Lord of the Sith gets lit with the Darth Vader Iron Studios Statue.

Standing a little over 20-inches tall, Darth Vader uses the Force (and the talented people at Iron Studios) to march off the snowy battlefield in The Empire Strikes Back and right into your Star Wars collection.

In addition to interchangeable right and left arms, the statue also comes with an LED light-up lightsaber, a turned off lightsaber, and light-up features in the base, belt, and chest (which shows the exact sequence of lights that appear in the film).

The Darth Vader Iron Studios Statue will be available Aug 2017 – Oct 2017 for $650 at Sideshow Collectibles. Look for tons of great deals on Darth Vader Themed Merchandise at discount prices on Rout.com.

Turn your Christmas into a Star Wars themed celebration with the Darth Vader Flat Helmet Light Set…It will go perfect with the Star Wars Darth Vader 28-Inch Light-Up Tinsel Display that you should have set up in your front yard. This indoor/outdoor light set features […]

This Star Wars Darth Vader Lightsaber Silk Tie is a black on black 100% silk tie that has Darth Vader helmets and lightsabers in a cool pattern. Now you can show off your Star Wars fandom in epic style. Wear this to the office and […]