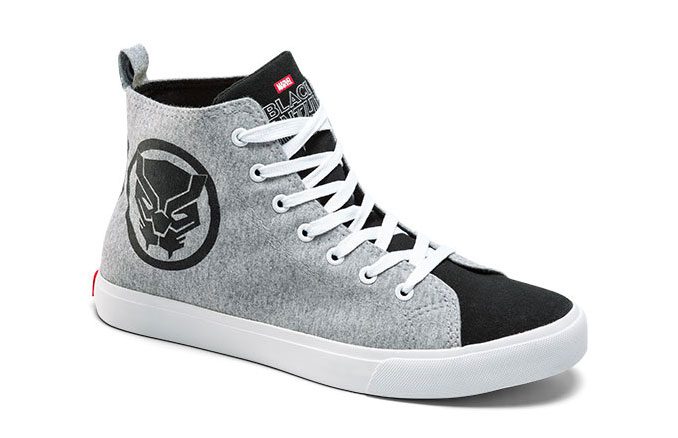 Black Panther is set to be Marvel’s latest blockbuster when it is released this February, so you better gear up and be ready to protect your home turf in style like Chadwick Boseman will be doing as T’Challa and the Black Panther. And theses Black Panther High Top Sneakers are the first thing you are going to need to do just that.

The grey and black high tops feature Marvel Comics Black Panther logo on the side and white soles on the bottom. Every season is a good season to wear Black Panther Merchandise especially if you live in Wakanda.

These officially-licensed Black Panther sneakers are a thing of beauty. I’m not sure how much of the futuristic technology the nation of Wakanda was needed to create them, but they will have ordinary people feeling like mighty kings… or at least you’ll look good. 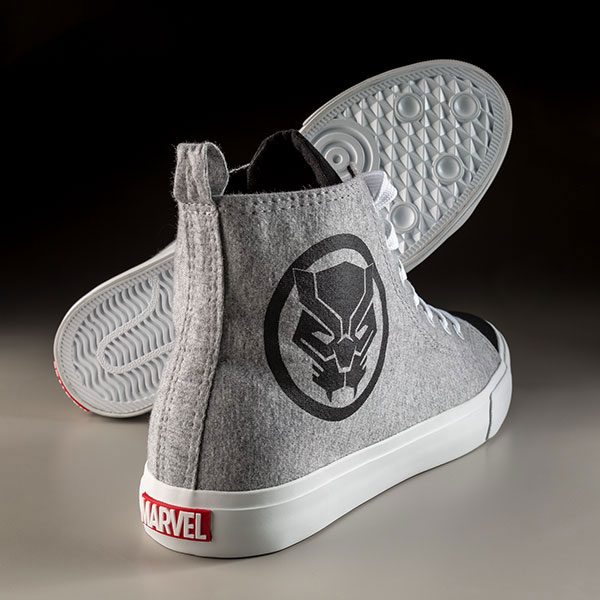 Marvel Studios’ “Black Panther” follows T’Challa who, after the death of his father, the King of Wakanda, returns home to the isolated, technologically advanced African nation to succeed to the throne and take his rightful place as king. But when a powerful old enemy reappears, T’Challa’s mettle as king—and Black Panther—is tested when he is drawn into a formidable conflict that puts the fate of Wakanda and the entire world at risk. Faced with treachery and danger, the young king must rally his allies and release the full power of Black Panther to defeat his foes and secure the safety of his people and their way of life. “Black Panther” stars Chadwick Boseman, Michael B. Jordan, Lupita Nyong’o, Danai Gurira, Martin Freeman, Daniel Kaluuya, Letitia Wright, Winston Duke, with Angela Bassett, with Forest Whitaker, and Andy Serkis. The film is directed by Ryan Coogler and produced by Kevin Feige with Louis D’Esposito, Victoria Alonso, Nate Moore, Jeffrey Chernov and Stan Lee serving as executive producers. 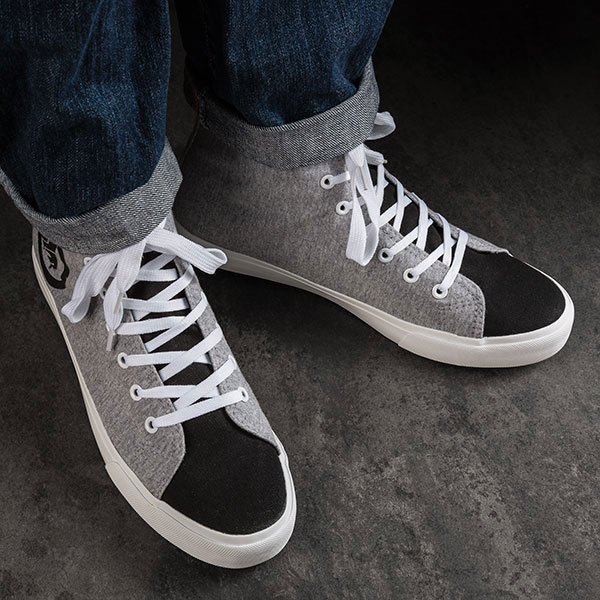 Go to the premiere of Marvel’s Black Panther in style with the Black Panther High Top Sneakers. Available for $49.99 at ThinkGeek.com and keep an eye on them at Rout for a better deal. It’s good to be king!

GeekAlerts showed you the unique Unicorn Leather Sneakers the other week, but maybe those weren’t for you. Are you more of cat person? If so, these Kitty Cat Leather Sneakers might be the better option. The LED light-up soles, high-top platform, and fuzzy kitty cat […]