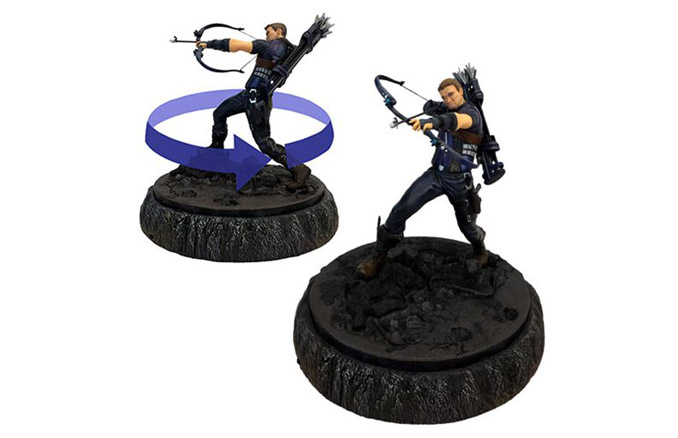 The world’s smallest Avenger and ‘Arrow Guy’ join a civil war with the Avengers Hawkeye and Ant-Man Premium Motion Statue.

One shoots arrows with a bow. The other becomes really small. They might not seem like much when compared to super soldiers and armored heroes but for a few brief shining seconds, Hawkeye and Ant-Man made one heck of a team, with Scott Lang hitching a ride on one of Clint Barton’s arrows as heroes battle heroes in Captain America: Civil War.

The unique team-up is captured on this premium motion statue that automatically rotates, providing a 360-degree view of the scene. The statue measures about 12-inches tall x 10-inches wide x 10-inches long.