November 26 is your one and only day to take advantage of Amazon.com Cyber Monday Deals 2012. Throughout the day they are having Lightning Deals, which are super discounts that are only available in limited quantities. You’ll be able to browse discount deals in video games, computers, TV, Video, Audio, Clothing, Shoes, and Gifts.

Amazon.com Cyber Monday Deals 2012 include deals like 20% off laptops, 30% off desktops, 40% off wireless routers, and 50% off iPad cases. But that is just the beginning–there is so much on sale you really just need to browse through Amazon for all kinds of bargains in every department. 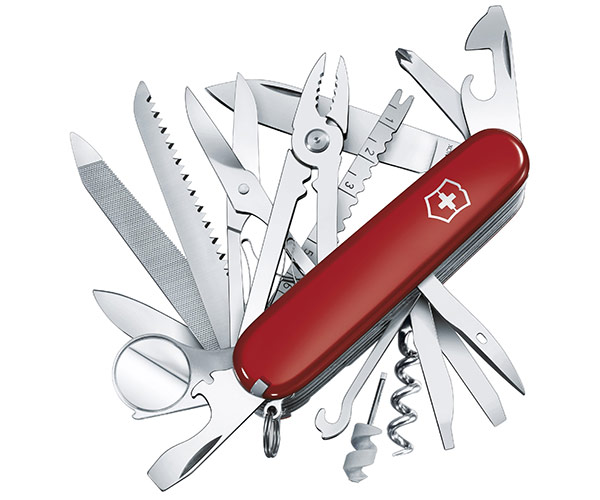 One particular offer that caught my eye was the deal for up to 40% Off Swiss Army Knives. They have basic Swiss Army knives for as low as $14.99 with free shipping! Quite the deal for a genuine Victorinox. At $55.99, the Victorinox SwissChamp costs a lot more than the basic models, but with 32 tools and a price that is 43% off of list, it is still a great deal.

We’ve already shown you the Cyber Monday deals for Newegg, ThinkGeek, and Amazon.com, but you also have to check out the Target Cyber Monday Deals 2015. Not only do they have spectacular doorbusters, but you get an extra 15% off plus free shipping on every […]

As an extension of our normal gadget news coverage, last week we posted about Black Friday Deals where you could find cheap prices on tech toys. Since many GeekAlerts readers found those very helpful, we’re doing the same thing today on Cyber Monday (Nov. 28) […]

Cyber Monday is traditionally be best day to get deals at online stores–essentially the online answer to Black Friday. These days it seems like there are great online deals and sales nearly everyday, and Cyber Monday is overflowing with deals. For example, check out Newegg […]

Get the best deals of the year plus free shipping during TigerDirect Cyber Monday Deals 2012! Find the best prices on laptops, tablets, televisions, desktops, monitors, hard drives, networking gear, and more. Hurry though, as these offers are only for Monday, November 26, 2012 and […]