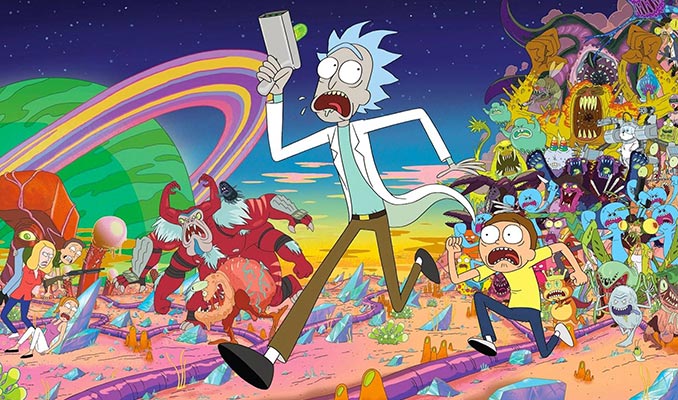 Those of us anxiously awaiting new episodes of Rick and Morty will be disappointed that Adult Swim Still Hasn’t Ordered Rick and Morty Season 4. Dan Harmon tweeted about it today, after someone (@DJWisePariah) rudely tweeted that he should “quit wasting time and go finish the next R&M season, you lazy alcoholic.” He responded that the “show that hasn’t been ordered by a network.”

I hear ya, tough spot. On one hand, it can be challenging, especially with crippling lazy alcoholism, to write a show that hasn’t been ordered by a network. On the other hand, the thought that fans like you pay the price…I mean…I’m gonna grab a drink https://t.co/mvn9nthxCE

According to Newsweek, previously seasons have taken around 8 months to animate after all the writing is basically done, so that means Rick and Morty Season 4 is very unlikely to premiere in 2018. According to Ryan Ridley, who is a producer, writer, and voice actor for the show, “I’d be surprised if there was a fourth season on the air any sooner than 2019, late 2019,”

This means Rick and Morty fans have a long wait before new episodes will arrive. I guess we’ll just have to stay busy with a steady stream of Rick and Morty Merchandise, like the Portal Watch you can use to count the hours waiting for Season Four.

We saw the Portal Gun and the Portal Medium Art Figure, now it’s time to get your hands on the Rick and Morty Portal Watch. It features Rick and Morty as the second hand on the watch, so you see them spinning around each minute. […]

This Rick and Morty Spaceship Tee celebrates Rick’s most awesome mode of transport. You are going to look great with this ship on your chest. It features Rick and Morty in Rick’s ship on the front of this berry 100% cotton shirt. It makes a […]

Yes you are. This Rick and Morty Mr. Meeseeks Cosplay Lounger is a comfy one size fits all adults outfit that you will want to wear all day long. It features a hood, a front zipper, and thumb holes. Oh,and also a helpful butt flap! […]

These Rick and Morty Aw Jeez Lounge Pants vary from dimension to dimension, but in this dimension they are nice and comfy for lounging around in. They feature two pockets for holding things like portal guns and they have Morty saying his fun phrase. Awesome. […]

When your car is parked it can look like the inside of Rick’s Space Cruiser with the Rick & Morty Windshield Sunshade. It’s sized (58″ by 27.5″) to fit the windshield of most cars, trucks, SUVs, and vans, and it helps keep the inside cool […]