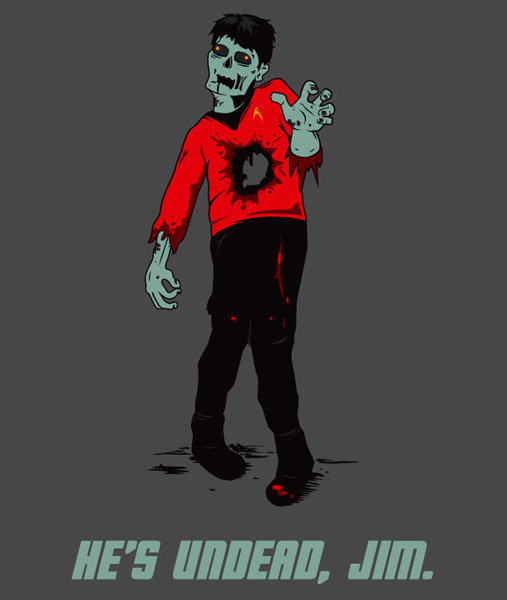 As any good Star Trek fan will tell you, wearing a red shirt is never a good thing…especially if you get invited to go with the landing party for the first time. This Zombie Star Trek T-Shirt shows us what would likely happen to you if you were “lucky” enough to explore a planet full of zombies.

Made from 100% cotton and much like Dr. McCoy, this t-shirt states the obvious with the, “He’s undead, Jim” quote. 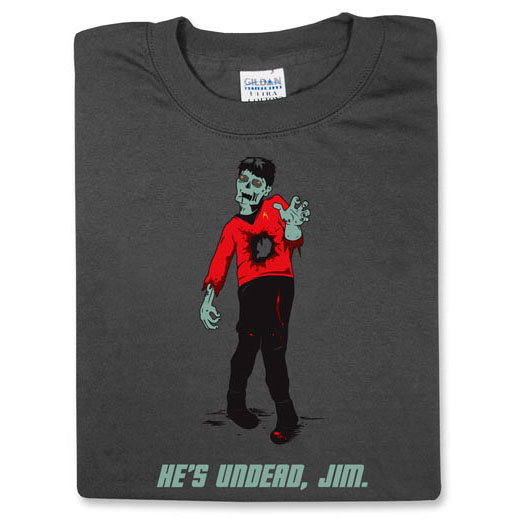 There are a lot of ways to die if you’re a red shirt. You can be shot by a poisonous plant, step on an exploding rock, be struck by lightning, get whacked by a native with a big stick, choke on a dikironium cloud, or, our personal favorite, be beamed down to a planet that’s not actually there and get sucked into space, never to be seen again. But it’s an entirely different matter when Bones says, “He’s undead, Jim.” That’s way worse than dead, and the entire galaxy could be at risk! Be sure to double tap with your phaser.

Available in sizes S -3XL, you can purchase the Zombie Star Trek He’s Undead Jim T-Shirt at ThinkGeek.com from $16.99.