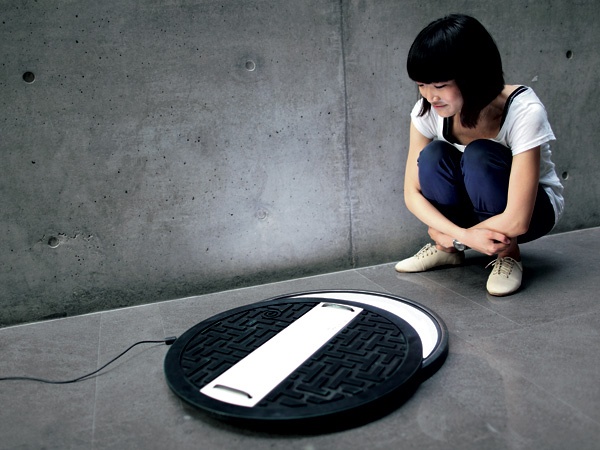 Manholes aren’t exactly many people’s favorite objects. So you really wouldn’t expect to consider one as being the cover that stood between you and the light (you can take this either figuratively or literally), right? Well, the Gully Cover Light is out to prove you wrong.

The Gully Cover Light is basically a two-part lighting system. There’s the cover, which resembles the cover for manholes, and the light itself, which is in the same shape. 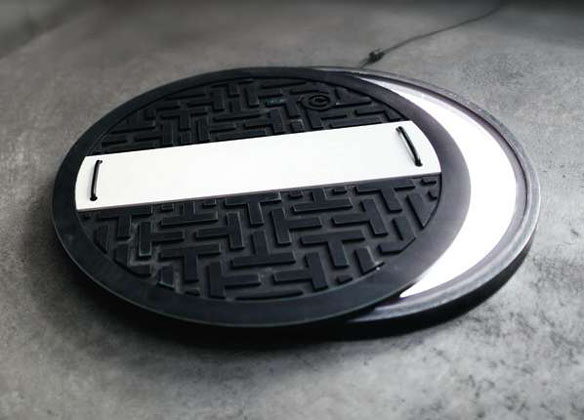 The Gully Cover Light, which was designed by Chuang Chihong, is a 2011 reddot design concept entry. Chihong explains the concept behind his work: “The design suggests an imaginary space beneath the floor. It gives the impression that there is a refuge underfoot – a place to which we could escape.”

Jim Gordon has the bat-signal to call Batman, but what does Darth Vader use to call on his Stormtrooper henchmen? Probably this Star Wars Stormtrooper Porch Light Cover. Just place this on your porch light and turn the light on. It will send word to […]

Don’t judge a book by its cover? Everyone does, and these Run for Cover eBook Covers will make sure that everybody judges your reading material properly. The explosion in the popularity of eReaders has almost made book covers a lost art, with just about everyone […]

This Star Trek Schematic Duvet Cover and Pillow Cases set will let you boldly snore where no man has snored before. The duvet cover and pillowcases are printed with the U.S.S. Enterprise NCC-1701. They are made of 100% cotton and is sure to be comfortable. […]

The Star Trek Borg Duvet Cover and Pillowcases will let you slide between the sheets and dream with the Borg collective. At least it will feel that way. This duvet cover and pillowcases set is printed with a Star Trek Borg-cube pattern. It is made […]