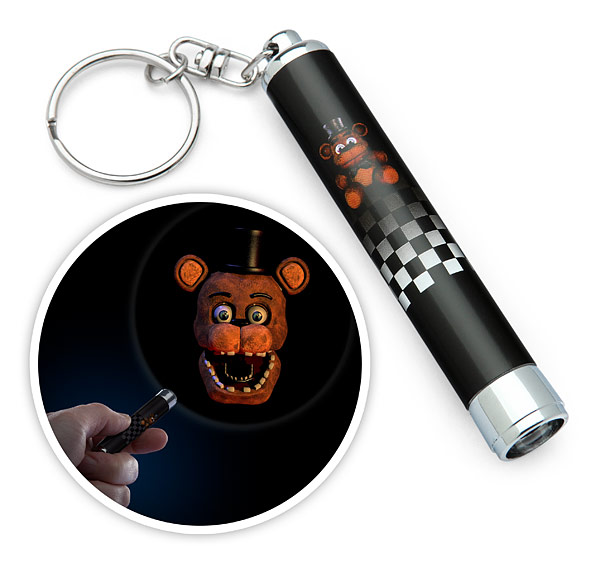 The Five Nights at Freddy’s Mini FrightLight Projector Keychains project a light-up image of the animatronics from everyone’s favorite pizza place. This is scary stuff.

You can get Bonnie, Chica, Foxy, and Freddy. They are blind-bagged so you never know which you are going to get.

Did you survive a week at Freddy Fazbear’s Pizza? Then you deserve the Five Nights at Freddy’s ‘Celebrate’ T-Shirt. There’s nothing boring about the night-shift security position in this popular horror video game because you spend your nights making sure the roaming animatronic animal characters […]