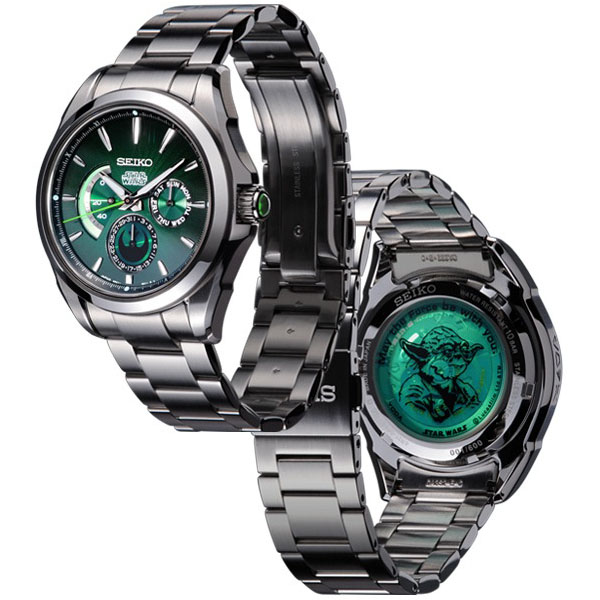 If Yoda needed to tell time he would probably wear one of these Limited Edition Seiko Star Wars Watches. Renowned watchmaker Seiko has just announced that they are releasing a new Star Wars collection of themed watches with a collective run of only 5,000 pieces, 500 to 1500 pieces per design, in Japan. Six of the top characters are getting their own commemorative watches: Yoda, R2-D2, C-3PO, Darth Vader, Darth Maul and a Stormtrooper….where’s Chewie and Han 🙁

As you can see by the pictures, these watches are perfect for business and pleasure, offering sophisticated styling and a design finished off with a little Star Wars kick. Of the six, R2-D2 stands out the most with its digital hi-res display. 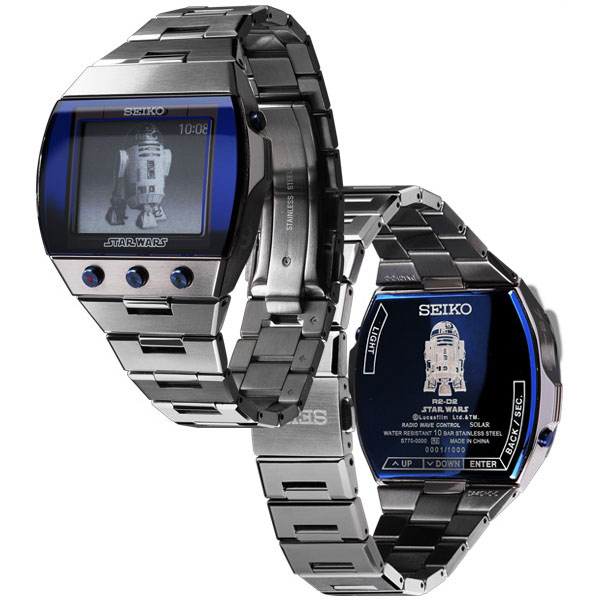 R2-D2 always finds a way to stand out in a crowd…This time it’s with a 300dpi black and white screen, which can display scenes from the Star Wars films. 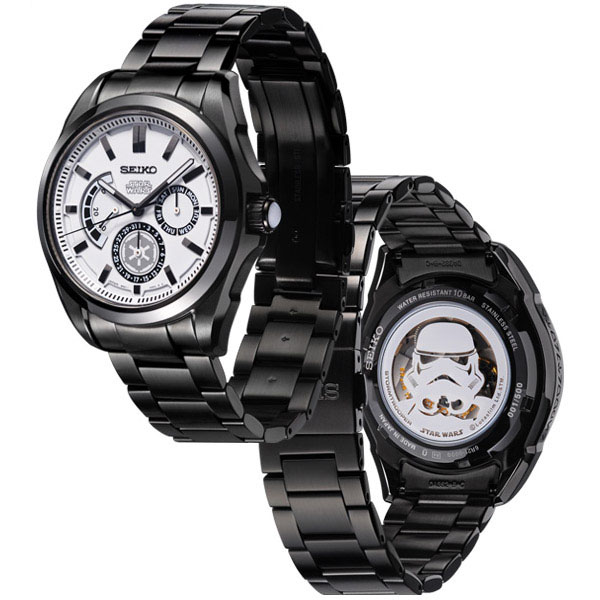 Freshening up on your Japanese and making some new Facebook fans overseas is probably going to be your best bet to land one of these cool watches.

It looks like you can purchase the Limited Edition Seiko Star Wars Watches at Amazon.co.jp with prices starting at 95,500 Yen. Hopefully they will find their way to Amazon.com and other world markets before they’re gone.

Do you have a young Padawan that hates showering or taking baths? Have you already told him/her that dirtiness leads to the Dark Side and still no luck? Then this sounds like a problem for a Jedi Master; sorry mom and dad, this is above […]

It won’t make you any smarter, but you will look a whole lot older. The Star Wars Yoda Head Beanie is the perfect way to keep your head warm and will let you really get into character this Halloween. Officially licensed, this beanie features Yoda’s […]

Star Wars fans are going to want to get their hands on this Star Wars Yoda and Darth Vader Christmas Figure Set. The set features a 21-inch Yoda and 21-inch Darth Vader dressed in holiday attire. Perfect for Christmas or year round fun. Star Wars […]

Lets be honest, we all wish we could have gotten some Jedi training from master Yoda back in the swamps on Dagobah.  Imagine the fun carrying this little guy around on your back, not only can he kick butt like he did in Star Wars […]