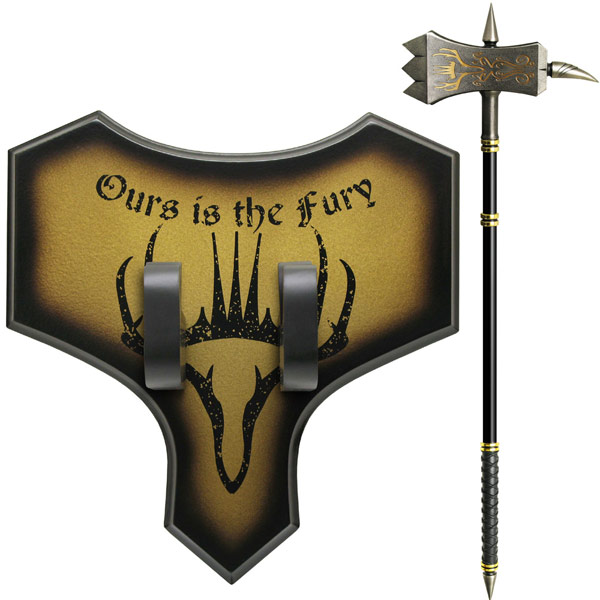 “Ours is the Fury.” Words to live and die by. Whether you’re fending off zombies or you just need to put a few would-be rulers in their place, King Robert’s Warhammer from A Song of Ice and Fire will have them all thinking twice before crossing your path.

Officially licensed and part of a limited collection of 2000, each of which will come with a certificate of authenticity personally autographed by George R.R. Martin, the Warhammer is something all fans and collectors are going to want. The 44 inch long hammer weighs an impressive ten pounds and is highly detailed, as you can see from the pictures. 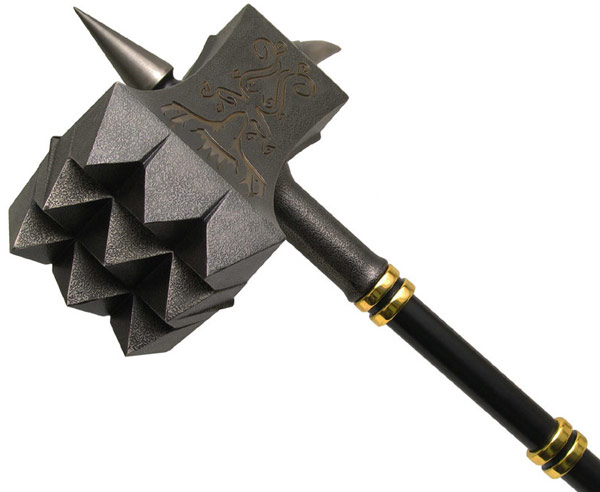 It was this war hammer Robert carried that day on the river. A Targaryen army led by Rhaegar Targaryen and Ser Barristan Selmy, with Dornish levies under command of Prince Lewyn Martell, met Robert’s rebel army on the Green Fork of the Trident. During the battle Barristan the Bold cut down many men, but was eventually himself grievously wounded, taking him from Rhaegar’s side. Lewyn Martell was later killed by Ser Lyn Corbray, leaving only Rhaegar left in command. Robert decided the battle and ended the Targaryen rule in Westeros when his hammer crushed Rhaegar’s breastplate, spilling the rubies that adorned it into the water, giving the area now known as the Ruby Ford its name.

You can purchase King Robert’s Warhammer at Valyriansteel.com for $270.

Roberts Radio will release a beautiful brushed stainless steel version of their 50s style Revival DAB radio within the next couple of weeks.

With the HAPIfork Bluetooth-Enabled Smart Fork, your silverware is now smart enough to help you lose weight. When it’s time to stuff our faces, we usually don’t pay attention to how long it took to eat or how many times we lifted our food-laden fork […]

Things are going to get hot with the Game Of Thrones Targaryen Stein, although you can use it to drink cold things, too. The Targaryen motto is “Fire and Blood,” although it could easily be ‘the higher you rise, the harder you fall’ because the […]

With the wildly popular books, merchandise and an HBO spin-off series, the Games of Thrones fantasy saga by George R. R. Martin has taken hold of geeks and geekettes, as well as the general public. Not since Lord of the Rings, has a fantasy novel […]

Good old Roberts Radio always makes beautiful products. On the webiste for the German retailer they have some awsome special editions models that I have never seen on the official website (or have I just missed it?).

The Game of Thrones Targaryen Bowler Bag is a must for fans of house Targaryen. Carry your things in style and win the Iron Throne. It has double handles with a removable, adjustable shoulder strap. It also has a cool house logo. Game of Thrones […]