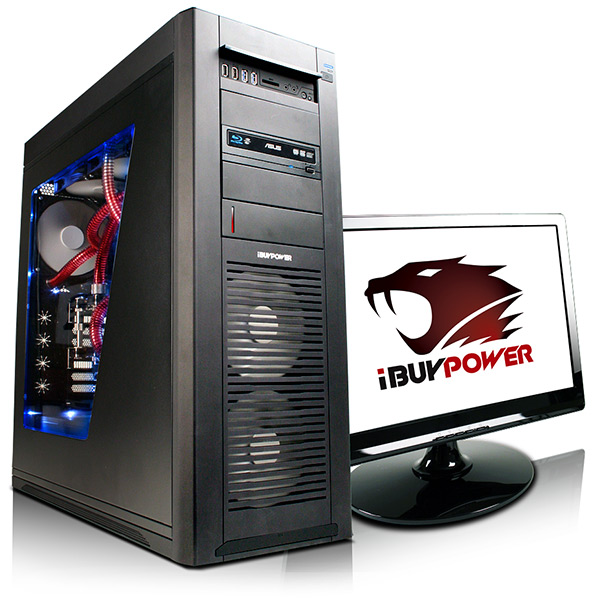 We brought you the news from CES when the Next Generation Erebus GT was announced. Now the new iBUYPOWER Erebus GT Gaming PC is available for purchase. Gaming computers have always been expensive, but iBuyPower took special care to lower the price of the new Erebus GT to make this product available to a wider audience. While the high-end configurations can cost several thousand dollars, these systems start as low as $899. Even at that cheap price, you get a quad core cpu, GeForce GTX 550Ti 1GB graphics, 8GB DDR3-1600 memory, 1TB hard drive, and more. 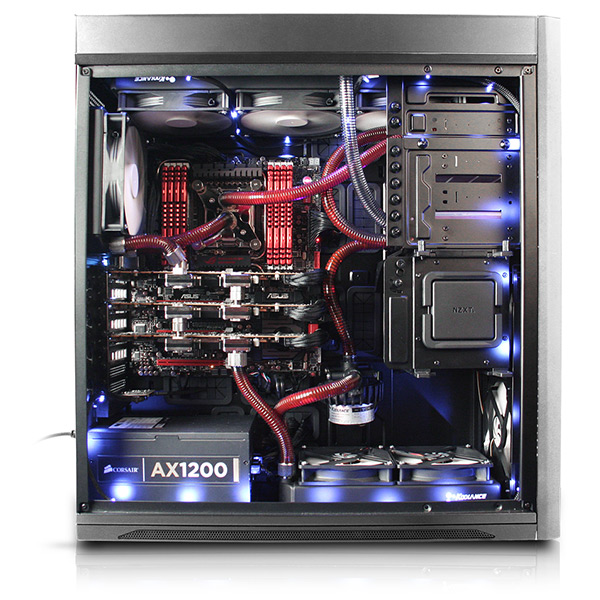 “Our engineering team worked hard to get Erebus GT to market quickly after receiving such a warm reception at CES 2012,” said Darren Su, Executive Vice President of iBUYPOWER. “The improvements from the first generation Erebus were the direct result of customer feedback and include a smaller footprint without sacrificing cooling ability and a lower starting price.”

Like its larger sibling, the Erebus GT features a steel chassis frame, with aluminum top and front paneling. Erebus GT also retains the top fill port, built-in reservoir that can be checked through the front panel, and transparent top fins redirect exhaust and noise to the rear of the chassis.

The Erebus GT’s compact cooling system features wider radiators than the XL’s (140mm vs 120mm) to offset the cooling capacity loss from overall shorter radiators (top radiator from 4×120 to 3×140, rear from 2×120 to 1×140), as well as the removal of the front radiator. The result is a smart case design that creates unidirectional air flow to help the cooling system reach a maximum rated heat dissipation of 2,500W. 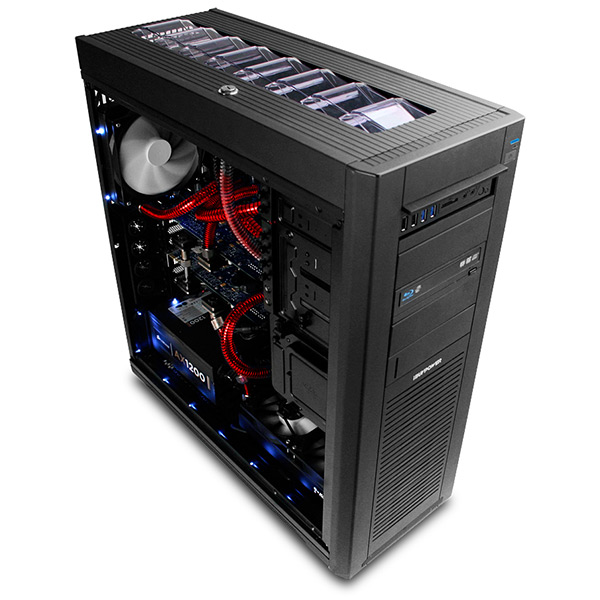 The lowest priced Erebus GT Gaming PC is the Erebus GT-FX1, which starts at just $899. However, it has some impressive features despite the low price. 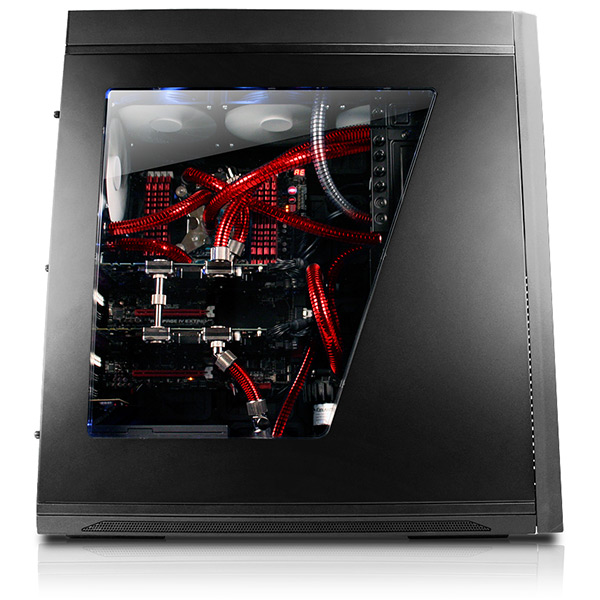 What’s totally awesome is the top of the line Erebus GT-V3, which is loaded with extremely powerful PC gaming hardware. It should be loaded though, as it runs at a pricey $4599.

iBUYPOWER, a leading innovator in gaming PCs, just announced the availability of their top of the line gaming system, Erebus, for the holiday season. The iBuypower Erebus Gaming System is pack with cutting edge features that are sure to have you up all night this […]

Never one to be outdone, iBUYPOWER unveiled their Next Generation Erebus GT today at the 2012 CES show in Las Vegas. iBUYPOWER is a leading manufacturer of custom gaming PCs and Erebus GT, named for the God Darkness, utilizes overclocking and liquid cooling to give […]

iBUYPOWER just announced the availability of their new super-power gaming PC, the iBUYPOWER Gamer Supreme 922SLCK. It looks incredible on the outside, but what really matters is what it has under the hood. Fortunately, it is packed with powerful components like an Intel Core i7 […]

Are you looking to get some serous gaming done this holiday break? iBUYPOWER, a leading gaming PC manufacturer, just announced the availability of the Chimera 4 Gaming PC. This fourth generation PC is part of iBUYPOWER’s signature Chimera line and has the mythical beast implemented […]

This CPU Wars Trump Card Game is a great idea and is sure to be a fun game for all of us tech nerds. It is a game by computer geeks for computer geeks. You will be battling with 30 important CPUs from recent desktop […]