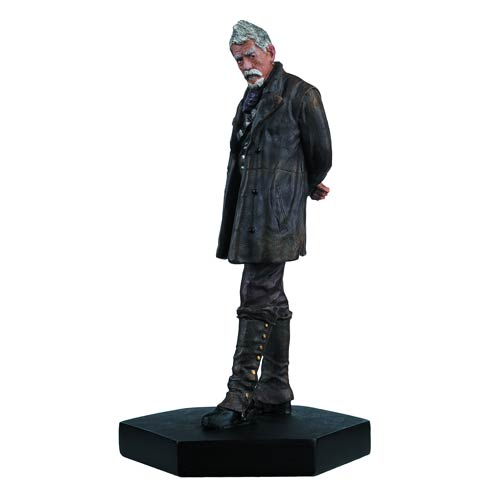 While the Eleventh Doctor viewed him as the one who broke the promise, the Doctor Who War Doctor Collector Figure will forever portray a true hero who was brave enough to say ‘No more’ to violence.

Standing 3 1/2-inches tall and looking like actor John Hurt, the War Doctor is the 24th figure in the Doctor Who Collector Figure line created by Eaglemoss/Underground Toys, which presents every version of the Doctor, along with many iconic villains of the Whoniverse.

With a grim expression on his face and a contemplative stance, it’s easy to see this Doctor has the determination to do what must be done, even if that means wiping out his own race.

The Doctor Who War Doctor Collector Figure is available for $15.99 at Entertainment Earth.

The Cybermen have changed a lot over the years, and that’s very apparent with the Doctor Who Moonbase Cyberman #53 Collector Figure. In 1967, the Second Doctor and his Companions landed on the moon for a little R & R but soon became involved in […]

Time and tide melts the snowman, but the Doctor Who 7th Doctor Collector Figure is no threat at all to snowmen. Daleks and Cybermen, on the other hand, would best be advised to stay away from him. The Seventh Doctor, as portrayed by Sylvester McCoy, […]